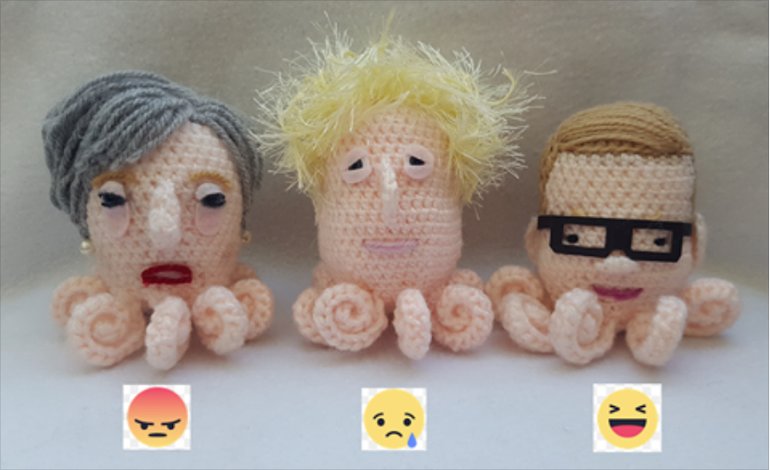 An internet vote is underway to decide the fate of Britain’s three most loathed Conservative politicians. Facing the public’s wrath are Theresa May, Boris Johnson, and Michael Gove.

The Canary has been informed of an internet vote to decide the fate of three of Britain’s most loathed Conservative MPs. In British style, the trio won’t face burning crosses or pitch-fork mobs. Instead, the public are voting on which of the three deserves a proper poking in the woollen voodoo doll. For real. 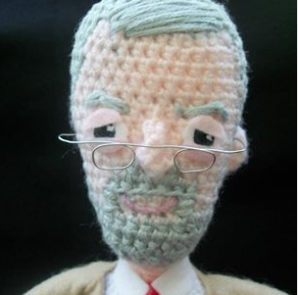 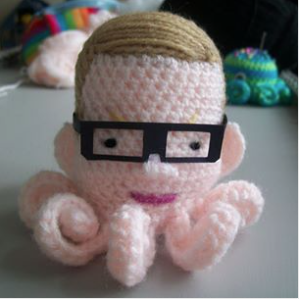 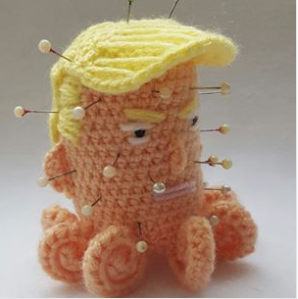 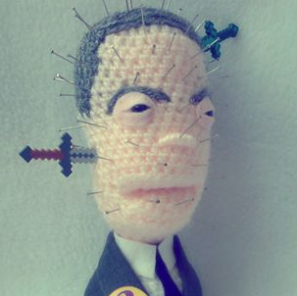 The idea is to serve the public with crochet politicians which they can then attack with pins and assorted minor weaponry. The old tales go that the person represented by the doll feels the pain when it is attacked. Incidentally, the Farage doll appears to have borne the brunt of voodoo rage.

Now, a vote is underway. 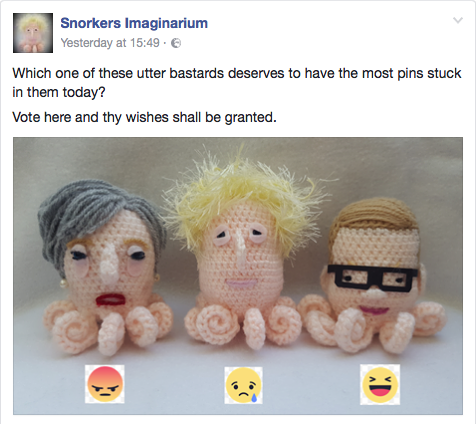 The good news is, you can join in. And for research purposes, you can read past Canary stories on the three candidates: