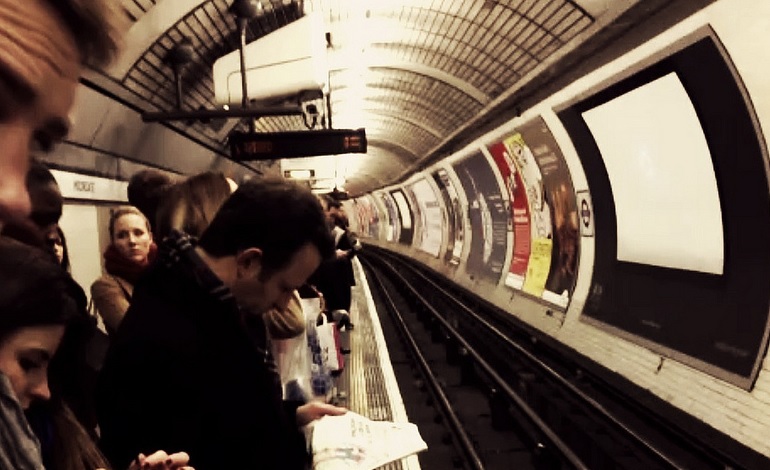 A group representing Palestinians in the UK is “deeply disappointed” after Transport for London (TfL) decided to censor its advertising campaign.

The decision will potentially leave millions of tube travellers none the wiser about the controversy surrounding an important upcoming milestone. And it has essentially silenced the views of five million people who are acutely affected by that anniversary.

TfL has banned adverts that present the Palestinian perspective of the 1917 Balfour Declaration‘s impact from its stations and buses.

TFL have banned this advert on the centenary of the #BalfourDeclaration. They think it's controversial – That's why it needs to be seen. pic.twitter.com/3XfDGdlnEq

The Palestine Mission to the UK commissioned the advertising campaign, called Make It Right. The campaign displays images of Palestinian life before and after the UN’s partition of the country in 1947 that led to the creation of Israel.

A TfL spokesperson said it rejected the advert because it “did not comply fully with our guidelines”. But it didn’t give the advertising agency involved the opportunity to make changes to it, which is fairly uncommon. TfL also left an unusually long delay before informing the agency about the ban.

The Palestine Mission said it had expected around five and a half million Londoners to see the advert.

The Balfour Declaration is 100 years old on 2 November. Named after the foreign secretary at the time, Arthur Balfour, it’s a statement that expresses British support for the creation of a “national home” for the Jewish people in Palestine. And as the world powers essentially made Palestine a British colony after WWI, the UK was instrumental in making the declaration a reality decades afterwards.

The Palestinians refer to the 1948 conflict that followed the UN decision as the Nakba, or catastrophe; because it saw 700,000 Palestinians flee or expelled from their homes and turned into refugees. Israel calls it the war of independence.

TfL’s guidelines [pdf], however, forbid adverts that contain “images or messages which relate to matters of public controversy and sensitivity”. It also bans those that relate to a political cause.

But as Open Democracy has previously pointed out, TfL has no aversion to carrying ads from the likes of arms company BAE Systems across its network. And for many, giving companies that profit from killing such a platform is a huge matter of “controversy”.

Manuel Hassassian, the Palestinian ambassador to the UK, says TfL’s decision is not an anomaly:

Palestinian history is a censored history. There has been a 100-year-long cover-up of the British government’s broken promise, in the Balfour declaration, to safeguard the rights of the Palestinians when it gave away their country to another people.

There may be free speech in Britain on every issue under the sun but not on Palestine.

But as Prime Minister Theresa May dines with her Israeli counterpart Benjamin Netanyahu on 2 November to celebrate the anniversary, many will be making preparations to speak freely on Palestine. Because on 4 November, people will march and rally in London to “make it right” for the country.

TfL, however, did not see fit to make it easy for millions of Londoners to understand exactly why it’s such an important issue for many people. And that’s a shame. Not just for Britons’ understanding of their country’s role in Israel’s occupation of the country, but also for the nearly five million Palestinians currently living through it.

– Join the rally for Palestine on 4 November.