A scandal just landed on Theresa May's doorstep, right before she hosts a once-in-a-lifetime event - The Canary 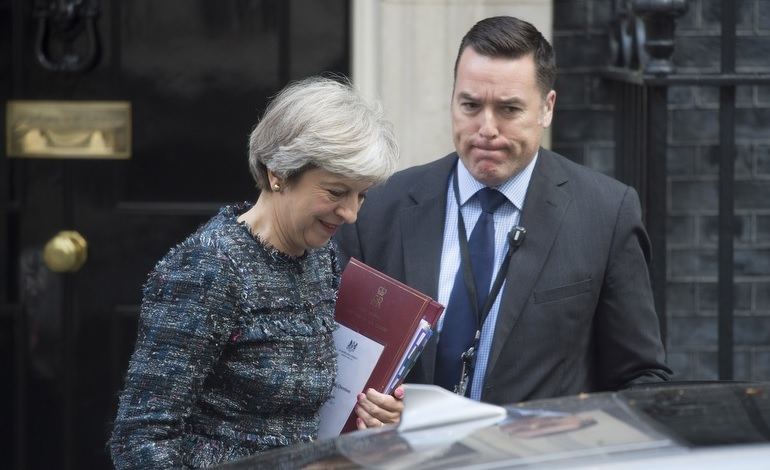 A scandal has landed on Theresa May’s doorstep, just days before she’s set to host a once-in-a-lifetime event.

The Prime Minister will entertain Israel’s Benjamin Netanyahu on 2 November, in celebration of the 100-year-old Balfour Declaration. But the Oxbridge graduate will do so knowing that Cambridge University has just banned its students from travelling to Palestine because Israel makes it so difficult and “distressing” to do so.

That’s the behaviour of a country May is due to celebrate with “pride” on 2 November.

Cambridge University will no longer allow students to spend their ‘year abroad’ in Palestine, according to The Evening Standard. A spokesperson for the university said it made the “regrettable” decision because of the “recent difficulties faced by students in securing visa renewals from the Israeli authorities”.

The university requires students to spend time studying abroad as part of their course. They spend an 8-month period in a country where people speak their chosen discipline as a first language.

But Israel won’t offer visas for Arabic students to go to the West Bank. So they have to leave and re-enter every three months. And the experience students have had while trying to do so led Cambridge University to make its decision.

Five students experienced issues when entering Palestine via Israeli security points in 2016/17. One student was reportedly deported back to the UK after a six-hour interrogation. She said:

I did nothing wrong. I didn’t commit a crime or do anything illegal but once they realised I might be spending time in the West Bank their whole approach to me just flipped.

The interrogators screamed in my face, yelling things like ‘F*** you’ and ‘This is my country’. They said they had unlocked my phone and spoken to all my friends and family, saying I’d been working as a volunteer in Palestine – none of which was true. It was so surreal.

A Cambridge University Palestine Society spokesperson said they understood the university’s decision, given the “distressing interrogations and deportations” Israel allegedly subjects students to.

The Evening Standard claims that students from universities in London, Australia and the US have reported similar experiences.

The Canary contacted the Israeli Embassy in London for comment, but had received none at the time of publication.

Many of Britain’s elites attended either Cambridge or Oxford University. Theresa May herself, in fact, went to the latter. And some of these Oxbridge elites will be dining with Netanyahu on 2 November in celebration of Arthur Balfour’s declaration in 1917. The then foreign secretary’s statement expressed British support for the creation of a “national home” for the Jewish people in Palestine. In practice, that has meant a brutal oppression of the Palestinian people, and an enduring occupation of their homeland.

Cambridge’s decision now highlights the hostile and “distressing” treatment of the university’s students by Israeli forces. Students from one of Britain’s oldest and most renowned universities. That’s a scandal May surely didn’t want landing on her doorstep right before the celebrations begin.

– Help to Make It Right For Palestine by attending the national march on 4 November.

– Find out what else you can do with the Palestine Solidarity Campaign.