Brexit was bad enough. But this could be even worse news for the EU. - Canary 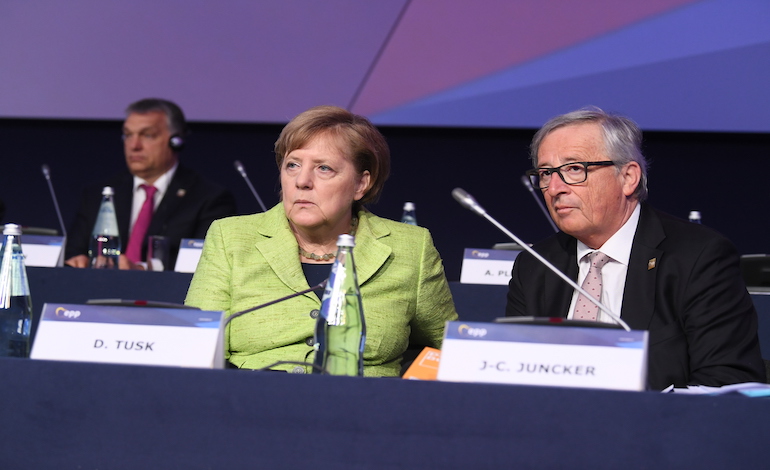 Two of the richest regions in Italy have just voted [paywall] for greater autonomy, in what could become a worse crisis than Brexit for the EU.

In two separate non-binding votes, the northern Lombardy and Veneto regions voted in favour of more autonomy by over 90% [paywall]. The votes come soon after the 1 October referendum in favour of independence in Catalonia, Spain. And EU Council President Jean-Claude Juncker recently expressed his fear that the independence crisis in Catalonia could spark a domino effect across Europe.

The sharp rise in support for Catalan independence can be traced back to a 2010 court decision to overturn the previously approved 2006 Catalan Statute. This statute would have given Catalonia more control over taxes. Many people believe that the rejection of this statute laid the foundations for the current crisis, with Catalans feeling aggrieved that the region pays more to the Spanish state in taxes than it receives in return.

In Italy, Veneto and Lombardy make up about a third [paywall] of the overall Italian gross domestic product (GDP). The recent votes in favour of greater autonomy emphasise the importance of more control over their taxes and decentralisation of powers from Rome. The two referendums give Lombardy and Veneto a stronger mandate to negotiate tax reform and devolution with the central Italian government.

EU Council President Juncker recently spoke about his fears for the EU, saying:

If we allow Catalonia, though it’s not our business, to separate itself from Spain, others will do the same. And I wouldn’t like to have that…

Speaking about the potential problems for the EU, Juncker continued:

I wouldn’t like to have a European Union which consists of 98 states in 15 years’ time. It’s already relatively difficult at 28, no easier at 27… but at 98, that seems impossible.

Catalonia – and now Veneto and Lombardy – could embolden other regions with claims to greater autonomy or independence across Europe. They include Scotland; Flanders and Wallonia in Belgium; the Basque and Galician regions of Spain; Bavaria in Germany; and South Tyrol in Italy.

The EU was conspicuous by its absence amid international condemnation of Spanish police brutality to stop the Catalan independence referendum. And while many political commentators argue that decentralisation of power improves democracy, the EU still seems to be against it. This is probably not surprising, as the EU has a questionable relationship with democracy. Now, with these two Italian regions apparently following Catalonia’s lead, an EU splintering may have already begun.