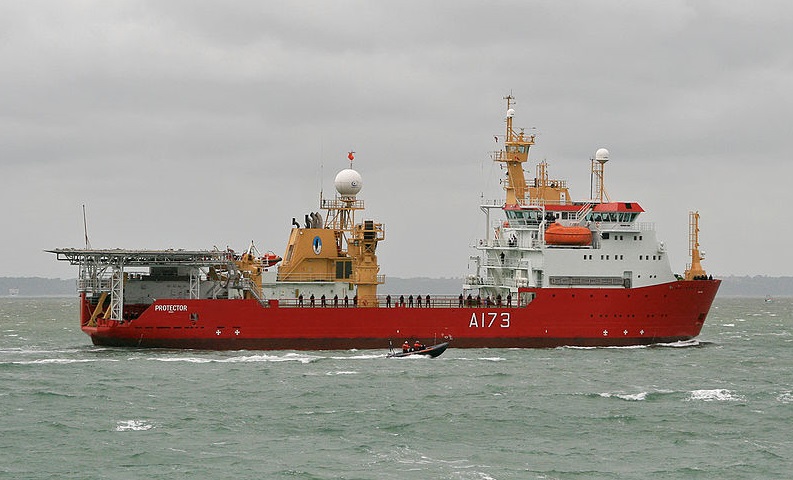 Last week, Britain sent HMS Protector to Argentina to assist in the search for missing submarine ARA San Juan. And for some in Argentina, this was a bit of a controversy. But it’s the government in Buenos Aires that’s currently involved in the biggest scandal.

The vessel and its crew are still missing. And millionaire President Mauricio Macri is fending off accusations that mismanagement of the submarine rescue operation and lack of expenditure are partly to blame for the apparent disaster. All of this comes at a time when Macri has received criticism for the apparent whitewashing of a report about a backpacker’s suspicious death, released just as police reportedly shot dead an unarmed 21-year-old.

As the international effort to find the 44 missing crew members intensifies, speculation is growing about why it all happened.

1.5 million people have reportedly fallen into poverty since Macri took office in 2015, while the seven wealthiest Argentinians have doubled their fortunes. And as family members wait for news of the ARA San Juan, evidence points towards severe underfunding as a crucial factor in the apparent malfunctioning of the submarine. One distraught relative referred to both the age and state of the vessel, saying:

They killed my brother because they sent them out to sea (in a vessel put together with) wire.

We should not venture into looking for people to blame… This will require a serious, deep investigation that reveals certainties about why we are witnessing what happened.

Meanwhile, Argentina’s government has also received criticism for the death of 28-year-old Santiago Maldonado. The backpacker settled among the indigenous Mapuche community where multinational corporation Benetton controversially bought 2.2 million hectares of land that the Mapuche people lay claim to. The company reportedly uses local police regularly in order to violently evict men, women and children from the disputed land.

As The Canary previously reported, police allegedly took Maldonado during a protest; and eyewitnesses say he was forced into a van. 78 days later, his body was found in the nearby river.

On Friday 24 November, the official report concluded that he had drowned. But his family furiously disputes this version, claiming that state violence was to blame. They are demanding an independent enquiry. The same police force that is blamed for the ‘forced disappearance’ [Spanish] carried out the investigation.

The day after the report was released, a violent police crackdown ended in the death of indigenous youth Rafael Nahuel, in Rio Negro province. Three others were shot, women and children were detained, and witnesses to the police violence are ‘missing’.

The repression unleashed by the security forces on Saturday 25 November comes amidst a climate of racial hatred and discrimination directed towards Mapuche who are struggling to regain their ancestral lands and calling for their ancestral territorial rights, enshrined in international law and national law, to be respected.

He also claimed that:

Sections of the Argentinian press and right-wing groups have fuelled racist depictions of the Mapuche creating the context that made possible the killing of this young man.

Echoes from the past

Argentina has a dark history of state-sponsored ‘disappearances’ and murder. The 1976-83 military dictatorship, for example, disappeared [Spanish] an estimated 30,000 people. And today, as people try to break free from this barbarous past, repression and persecution still dominate daily life for many Argentinians.

President Macri’s hardline right-wing administration has already received criticism for its austere policies and persecution of the Mapuche people. But now, it appears to be at odds with a nation searching for the 44 missing crew members of the ARA San Juan too.

It is no surprise that the UK would offer help to Argentina at a time when the Conservative government is looking to “deepen the UK-Argentina economic partnership”. But the UK must not use that as an excuse to ignore the destructive policies of Macri’s regime.

– Find out more about the Mapuche struggle here.