'I'll fuck you up': the conduct of staff at a flagship government project is under investigation [VIDEO] - The Canary 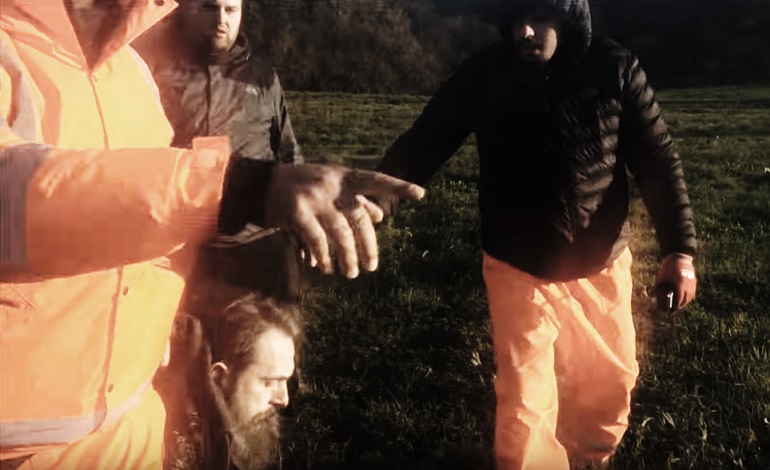 Two investigations have been launched into a flagship government project after complaints about its staff. Specifically, contractors have been accused of “assault” and “abuse”, after they were caught on film in November shouting at members of the public: “I’ll fuck you up”.

HS2 is the government’s high speed rail project between London and the north of England. The government claims it will boost the economy, free up transport networks and “bring the country together”. But critics argue it is already outdated, and that it will bulldoze through people’s homes and the environment.

Campaigners against HS2 have been protesting at various sites for months. But now, things have come to a head, after two videos emerged showing security staff at one site allegedly “abusing” and “assaulting” campaigners.

In one video, Green Party member Sarah Green and campaigner Elizabeth Williams are pushed by security staff. The staff also forcibly removed the two women from a site; one which campaigners claim they had every right to be on. And the staff refused to show the women their ID:

The local Green Party claims the security staff’s behaviour was “negligent” and “dreadful”. But in another video, security staff were filmed shouting [from 1:04] at campaigners: “get the fuck out” and “I’ll fuck you up”:

Further on in the video [from 1:54], security staff repeatedly manhandle campaigners, telling them to “stop fucking recording me”, “shut the fuck up”, and calling [2:48] one a “fucking idiot”. One then warns [3:16] a campaigner to “delete this video, yeah?”.

Both HS2 Ltd, the company running the scheme, and the government regulator – the Security Industry Authority (SIA) – have launched investigations. HS2 Ltd told The Guardian it had:

Received reports of abusive behaviour by staff at a site in the Colne Valley area… We expect our staff, and those of our contractors, to treat everyone with respect.

Let’s be clear, protesters aren’t just being sworn at, they are being directly threatened and intimidated. It is unacceptable for peaceful protesters to be bullied simply for standing up for their community and their green spaces. There was a huge lack of accountability for those working on HS2 when I visited the site last week. This behaviour needs to be stamped out immediately and I hope the investigation comes to the same conclusion.

But this is not the only headache for the government over HS2. Because as The Canary previously reported, the cost of it is now officially spiralling out of control.

The Department for Transport (DfT) asked [paywall] rail expert Michael Byng to work out the cost of HS2. And he found [paywall] that:

This is double the government’s official costing of £52bn. And it is 15 times more expensive than the HS2 equivalent in France, the TGV.

Byng reckons [paywall] that HS2 “is certainly the most expensive railway in the world”. This, coupled with mounting protests and now allegations of abuse and assault, is casting a dark shadow over what many would argue is the government’s biggest ‘white elephant’ yet.