The First Secretary of State has an appalling excuse for the deaths of 150,000 children [VIDEO] - Canary 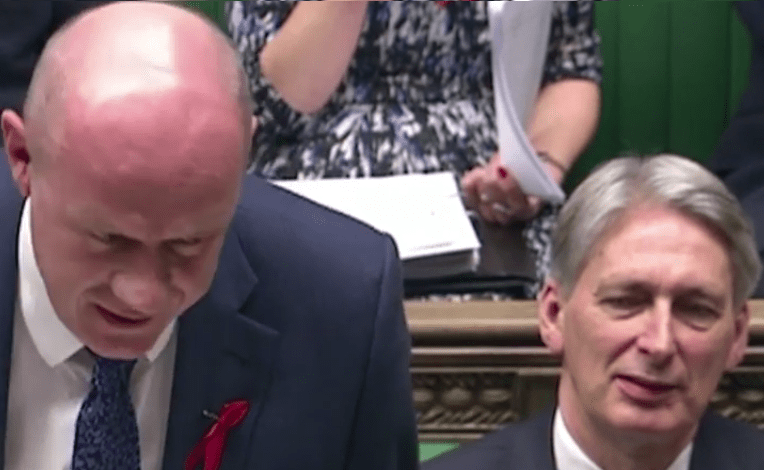 First Secretary of State Damian Green has an appalling excuse for the imminent death of 150,000 children in Yemen.

Yemen is now on the brink of famine. And Unicef has said that 150,000 children will die by the end of this year. Doesn’t the First Secretary agree that the best thing that the Prime Minister can do with her meetings today is follow the example of the Netherlands and suspend licences for arms sales to Saudi Arabia?

Green, who was filling in for Theresa May at Prime Minister’s Questions (PMQs), responded:

It will be the companies that receive the money and therefore their workers… He can take that position if he wants… but that would certainly entail significant job losses. Now, what is very important is not only that we have the robust regime which I talked about, but that absolutely we continue the humanitarian efforts that we make to try and alleviate the terrible conditions in Yemen.

20 million people, more than 70% of the Yemeni population, now desperately need humanitarian assistance. Apparently, the humanitarian crisis is justified because we will lose jobs in the arms industry otherwise.

Conservative Party ally Saudi Arabia has led a coalition bombing Yemen since March 2015. The dictatorship has been accused of war crimes for targeting vital infrastructure and densely populated civilian areas. Nonetheless, the Tory government approved £4.6bn worth of arms to the Saudi kingdom since it began destroying the poorest country in the Middle East. The war has devastated Yemen’s economy, leaving seven million people on the brink of starvation. Yemen also faces ‘the worst cholera outbreak in history’, with the number of suspected cases fast approaching a million.

Home Secretary Amber Rudd defended the arms sales in a similar way to Green during the election, saying:

Arms sales to Saudi Arabia cannot be justified on the grounds of this being good for industry.

Indeed, the UK is the second largest arms dealer in the world. The UK government approves arms sales to 20 out of the 30 countries on its own human rights abusers list. In Yemen, that type of behaviour is contributing to 130 children dying daily from hunger and disease.

Green’s appalling response is not good enough. We need to end the arms sales now.