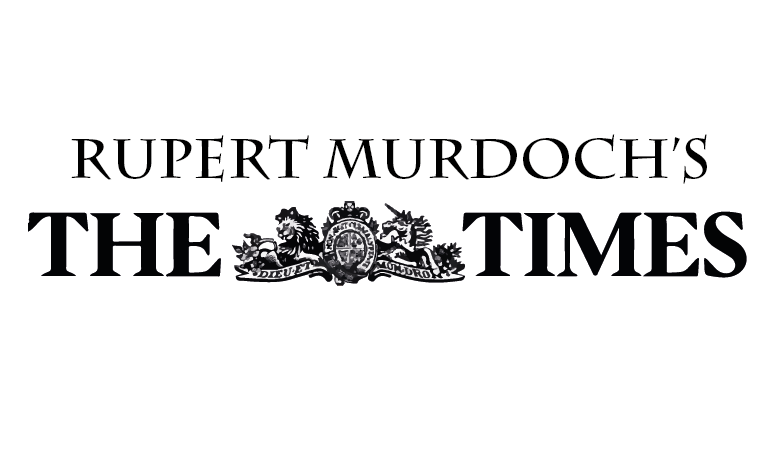 The people who make up that programme have since issued a response to The Times, however. It’s just that The Times doesn’t seem to think it’s newsworthy. And it appears not to have published their letter.

Madigan first courted attention when she [paywall] made a complaint about the women’s officer at her local Labour Party in Rochester and Strood making transphobic comments. The former women’s officer in question, Anne Ruzylo, has said in response to the issue [paywall]:

Debate is not hate. If we can’t talk about gender laws and get shut down on that, what’s next? What else are we not allowed to talk about? We’re going back to the days of McCarthyism. It is disgraceful.

Lily Madigan is not a woman and never will be. https://t.co/UQj9jfyU2e

After Ruzylo stood down, Madigan made a successful application to become Rochester and Strood’s new women’s officer. The Times picked up on this and reported that Madigan had applied to the Jo Cox Women in Leadership programme.

The transgender teenager at the centre of a Labour Party row has applied for the Jo Cox Women in Leadership programme, angering and dismaying party members.

And it continued [paywall]:

Critics say that it defies the whole point of the scheme, which attracted more than 1,000 applications for 57 places in its first year, to include people who are biologically male or who have lived part of their lives as men.

‘Women in the party are fuming’, said one Momentum activist who accused the leadership of quietly redefining the meaning of ‘woman’ without consulting the membership.

A very different message is coming from members of the Jo Cox Women in Leadership programme, though.

Members of the programme have written a response to The Times. It’s being shared by them on social media, and it reads: 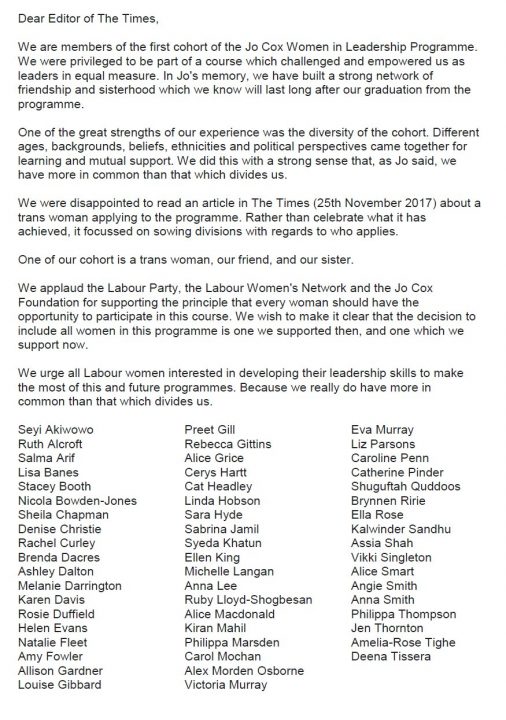 The Canary contacted The Times to ask if it would be publishing the letter, but received no response.

The Times has now published several ‘news’ articles that have been viewed as critical of Madigan and trans issues. It wrote [paywall]:

The Times asked several women Labour MPs whether it was fair that the Jo Cox programme was open to biological males but they declined to comment.

If it is in fact trying to accurately represent Labour opinion, it will presumably be eager to publish this letter from the Jo Cox Women in Leadership programme. But if not, it’s okay for the rest of us to share it anyway.