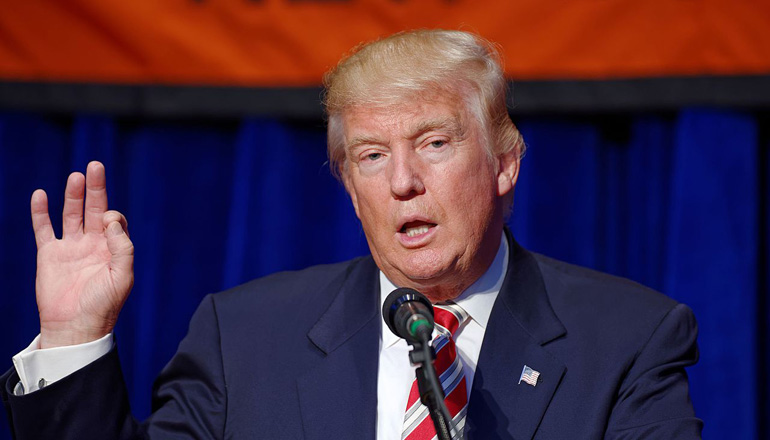 Native Americans and the people of Utah are up in arms about an apparent ‘land grab’ by Donald Trump, that involves reducing the sacred ‘Bears Ears’ national monument by one million acres. His administration also intends to shrink the Grand Staircase-Escalante, declared a national monument by Bill Clinton in 1996, by almost a half. Conservationists believe the land could now be used for cattle farming and mineral extraction. And as is the case here in the UK with fracking, the community was not consulted.

Trump did talk to some people, however. He said:

I called all of my friends in Utah and asked them… they said this would be incredible for our country.

Indeed, Ben Schreiber from Friends of the Earth called this move “Trump’s latest gift to the corporate interests who backed his campaign”.

Trump is not good for tribes

Relations between Trump and the Native American population are tense. Last month, he was criticised for referring to Senator Elizabeth Warren as ‘Pocahontas’. The yearly Tribal Conference that enabled the Obama Administration to strengthen ties with tribes, meanwhile, has been shelved. And the decision to seize 85% of the Bears Ears monument was made without consulting the tribes, adding further tension.

Outdoor clothing brand Patagonia has filed a lawsuit against the decision. It said – under the message “The President Stole Your Land”:

This is the largest elimination of protected land in American history.

Energy companies have been lobbying the US government to lease the land. This includes a large uranium firm keen to exploit the monument’s rich resources. But Bears Ears doesn’t just contain a wealth of coal, oil and uranium. It also boasts Triassic-period fossils, petroglyphs, sacred burial grounds, and a rich diversity of plant and animal life. There are reportedly over 100,000 archaeological sites on the land.

Conservationists, Native Americans, and local people have now joined forces to stop Trump sneaking frackers and mining companies into the area. And they are clear that this unprecedented land grab is a profit-making mission, which could destroy precious natural reserves forever.