Thanks to the government, you're probably best off having a packet of crisps for Christmas dinner this year [IMAGES] - The Canary 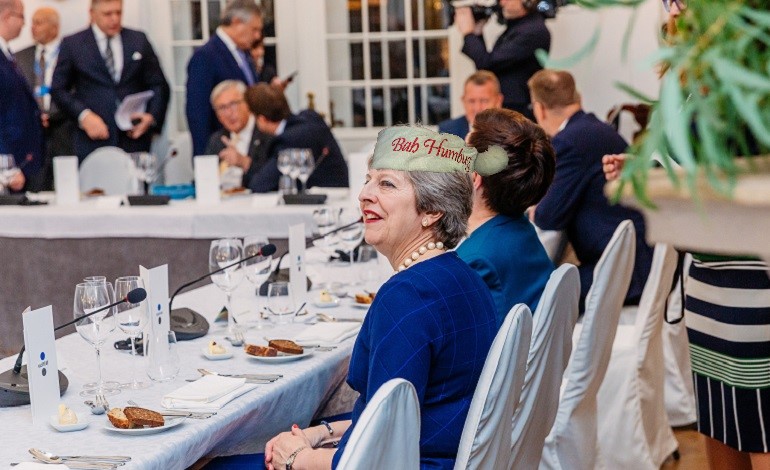 If you are one of the so-called “squeezed middle“, or just squeezed generally, you may wish to have a rethink about your Christmas shop this year. Because your money is officially not going to go as far as it did last year. And Labour pins the blame on the Conservative government.

The latest figures from the Office for National Statistics (ONS) show that inflation has gone up again. They show that Consumer Prices Index (CPI) inflation, the rate at which prices of goods and services rise, hit 3.1% in November, the highest level since March 2012. And while the ONS said rising air fares contributed the most to the 0.1% increase since October, buried in its statistics were some cold, hard facts about the rising cost of food and drink.

The figures [xls, table four] from the ONS on food, drink and tobacco prices are as follows (the green block is the monthly change in price; the red block, the yearly change): 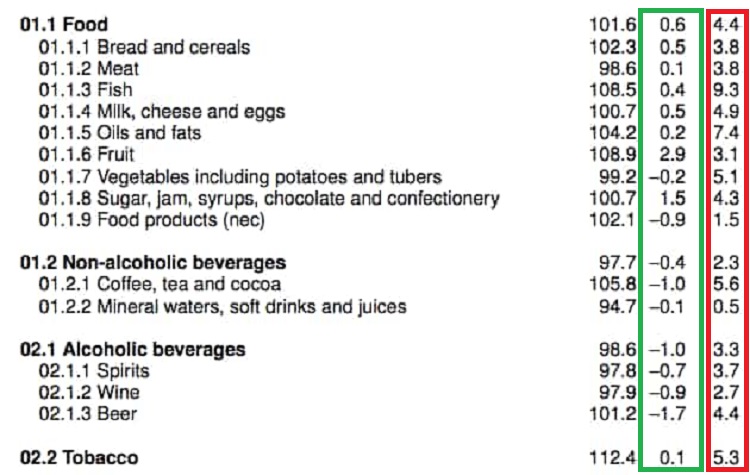 As Reuters reported, specific analysis from market researcher Kantar Worldpanel found that grocery inflation was 3.6% in the 12 weeks to 3 December, with prices rising in all categories except fresh poultry and crisps.

But so far, people haven’t been reducing their spending because of price increases. As Kantar Worldpanel found:

The biggest four grocers saw collective growth of 1.9% during the past 12 weeks, making this the ninth consecutive period of increasing sales for the UK’s largest retailers. Tesco – with sales up 2.5% compared to this time last year – was the fastest growing of the four.

Inflation is expected to fall over the coming year, but I recognise families are feeling a squeeze now. We are determined to help, which is why the Autumn Budget cut income tax, boosted basic pay by more than inflation and froze alcohol and fuel duties.

But Labour’s Shadow Chief Secretary to the Treasury – Peter Dowd – hit back, saying:

Today’s rise in inflation to its highest level in over five-and-a-half years is extremely concerning, and once again reveals that after seven years of Tory economic failure, this Government has no answers to the problem of wages continuing to fail to keep up with prices.

We shouldn’t forget that there will be millions of working families who will be struggling this Christmas already as a direct result of government policies such as the benefits freeze and the public sector pay cap; this is a further reminder of just how bad this double whammy of rising prices and Tory austerity policies will be this month for them.

So with price rises continuing to outstrip wage increases, and forecasters saying there’s no end to this in sight, it may be time to consider cutting back this Christmas; which, in Tory Britain, is probably what millions have been doing for years anyway.