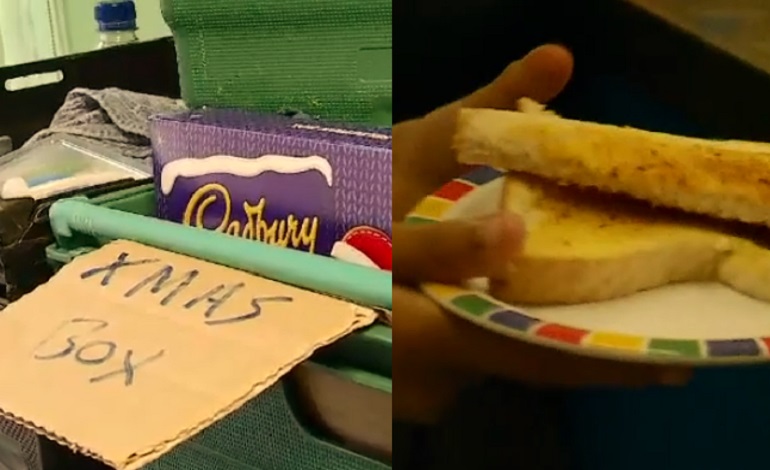 A short film by ITV News has gone viral on social media. And the reason it’s had such a response from the public? Because it shows the stark reality of life under the Conservative government in the lead-up to Christmas.

Journalist Daniel Hewitt made a two–part documentary about poverty in Lancashire for ITV Granada Reports. It’s the second episode which has hit a nerve on social media, getting over two thirds of a million views.

Hewitt visits two schools and a GP surgery to find out the challenges faced by professionals when dealing with poverty-stricken families. One teacher showed Hewitt their school’s “laundry room”, saying it was used:

if the family haven’t got a washing machine working at home, or if they’ve not got enough money to pay for the [electric] meter

How regularly are you washing kids’ clothes?

Primary schools with washing machines to wash children's uniforms, where teachers charge parents phones who have no electricity, and give coats, shoes and food to their pupils. The GP who is treating kids for rickets. This is the poverty we have found in the North West in 2017. pic.twitter.com/Onu1C01JWw

The full episode, available here, tells more stories from people on the front line of poverty in 2017.

‘I won’t have a Christmas dinner’

Hewitt visits [1:47] a school which is providing a breakfast club, Citizens Advice Bureau access, counselling for children’s mental health, and visits from the police.

Siobhan Collingwood, Headteacher at Morecambe Bay Primary, says [2:24] parents have passed out at school due to hunger. She also says [2:32] the school helps “two or three families” at any one time by providing breakfast for them, or taking them to food banks. She notes [2:48] that:

The worst is Christmas. I remember sitting with one little boy who told me that: ‘I won’t… have a Christmas dinner. Mum is working shifts, so she will be in bed all day. My grandma has a drink problem, Dad’s left, so I’ll spend all day trying to stop Grandma falling down the stairs and we won’t get any presents.’

Hewitt meets [3.30] a couple who both work full-time jobs on the National Living Wage. And they are struggling to survive. The couple wanted to remain anonymous, as the father says [4:10]:

I think there’s a huge amount of stigma and I don’t even like to use the word ‘being poor’. There’s a lot of people behind closed doors that can’t afford to live and a lot of those people are working families.

We’ve had parents in here that are crying and have said that they’ve delayed coming in for two weeks because they were really scared that social services or somebody else would be here judging them, to say that actually that parent’s not capable of looking after that child.

It says [4:56] the number of people it helps is probably “the tip of the iceberg”. And when Hewitt visits a GP surgery, he even finds [5:05] a food bank collection basket there. The GP says [5:51] that rickets, which his practice sees in children:

was probably quite common back in the Victorian times. We wouldn’t expect to see this in a developed nation.

He then tells [6:09] Hewitt that the effects of poverty on children are “devastating”:

In terms of the consequences on their mental health, on their ability to work in the future, on their physical health, on educational outcomes – across the board.

“I want somebody to love me”…

Hewitt concludes by noting [6:22] that child poverty is set to rise from four million to five million. And Collingwood sums [6:33] up the situation:

The facts and figures on poverty and growing inequality in the UK are readily available. But Hewitt’s film speaks for itself. What we are seeing in Lancashire is the end-game of seven years of Conservative-led austerity and disregard for the poorest in society. And the effects could last for generations.

– Support the Trussell Trust – which provides food banks – and Streets Kitchen – which offers ‘solidarity not charity’ to homeless people.