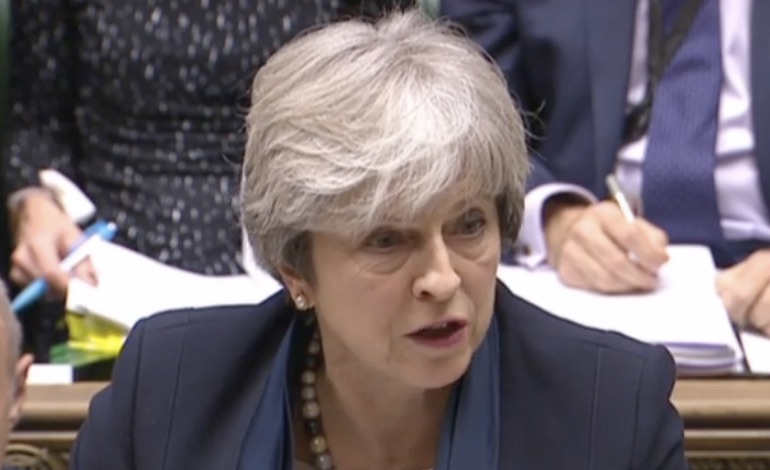 At Prime Minister’s Questions (PMQs) on 13 December, Theresa May used inaccurate and “misleading” figures about homelessness. And because the government was ordered not to use these figures by the UK Statistics Authority, May knew that they were not accurate. In other words, she knowingly misled parliament; or lied.

And this came after Jeremy Corbyn asked May to pledge to end the homelessness crisis. Which she refused to do. Twice.

As The Canary previously reported, there is a growing homelessness crisis in the UK. Corbyn used PMQs to raise this important topic. But May pinned blame for the crisis on the previous Labour government, saying [12:13:49] that:

But as The Mirror‘s Dan Bloom noted, this is “brazenly misleading”.

FULL STORY: Theresa May uses brazenly misleading statistic to suggest homelessness has fallen under the Torieshttps://t.co/Uhw34v8IVp

And in fact, as The Independent reported in February, the government was:

ordered to stop using potentially misleading statistics about homelessness in the UK.

Because the UK Statistics Authority “disputed figures” which claimed that there had been a drop in homelessness. As the report said:

This claim was found to gloss over the fact that this was only the case under a narrow definition of homelessness; to include only those who authorities are obliged to help. The number did not take into account homeless people who were given assistance under other schemes.

Will the Prime Minister pledge today that 2018 will be the year when homelessness starts to go down?

In her response, May refused to make this pledge. So Corbyn asked her again. And he also pointed out [12:07:17] that:

Corbyn said [12:09:02] that it was a “national disgrace” that one child in a hundred was homeless at any one time. And he linked the rise in homelessness to the growth of insecure tenancies in the rental market.

It’s estimated that landlords in the UK earn £77.7bn each year from rent. And in 2016, it emerged that the number of renters made homeless had tripled since 2010.

40% of all [council] homes sold through Right to Buy are now in the private rented sector.

It’s a tragedy that the number of homeless people is rising; and that so many children will be homeless this Christmas. But for May to refuse to accept responsibility for these rising figures under this Conservative government, and to knowingly lie to parliament, is despicable.

– Support the work done by Crisis and Shelter to end homelessness.