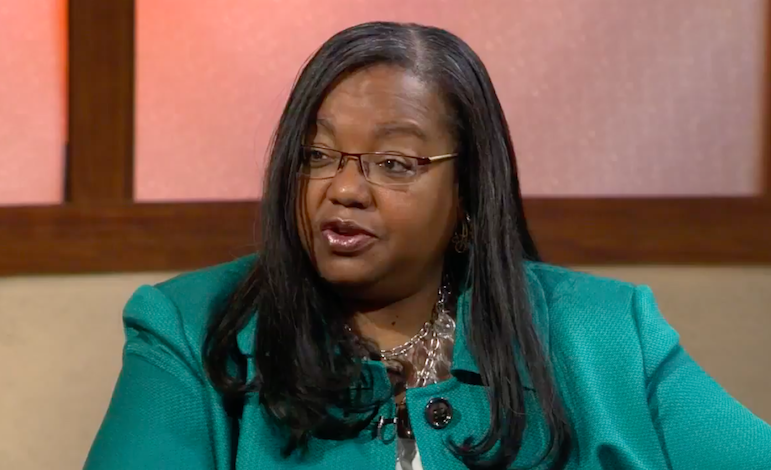 A lawyer in Detroit, USA, has spent eight years looking through abandoned DNA evidence relating to rape cases. Not only has she secured 127 convictions, she’s also identified 817 serial rapists in one county alone. On 17 December, she gave a remarkable interview to The Detroit Free Press, and it’s captured the attention of people around the world.

Kym Worthy is the first African American and first woman to hold the post of Wayne County Prosecutor. In 2009, a routine tour by her department of a police storage building in Detroit found 11,341 abandoned ‘rape kits’. Each kit contained DNA evidence painstakingly collected from the bodies of women, children and men who had reported being raped. Most of the kits had never been sent for testing. Instead, they were abandoned in a police warehouse.

But Worthy made it her mission to get the kits processed and the perpetrators prosecuted. Eight years on, she’s tested 10,000 kits, identified 817 serial rapists in Wayne County and secured 127 convictions.

The Detroit Free Press asked Worthy what stood out to her the most from the past eight years. She replied:

The number of serial rapists.

Among Wayne County’s 1.8m people, Worthy identified 817 serial rapists. More than 50 of them had raped 10 to 15 times. One of them went on to rape and murder five women. And yet police had abandoned the kits, which could have put perpetrators behind bars.

Why? Worthy believes the rape kits were often a ‘low priority’. “No one turns their back on a cold case homicide,” she said, but sexual assault is “very easy” to sweep under the rug. She elaborated:

86% of our victims in these untested kits are people of color. You’re not going to find too many blond-haired, blue eyed white women… their cases are solved… that’s just the truth.

They closed cases because the women had worked as prostitutes or had mental illness issues or had substance abuse. Didn’t believe them, didn’t care…

It’s not hard to understand why Worthy’s interview has resonated around the world. Her findings suggest sexual assault is “much more pervasive than people think”. The mere existence of the ‘rape kit backlog’ – an estimated 400,000 untested rape kits across the US – speaks volumes about police attitudes towards sexual assault. And those 11,341 abandoned Detroit kits have shone a light on to the predicament of the thousands of sexual assault survivors who have yet to see justice – some of whom, in Wayne County, have been waiting for more than 30 years.

And then there’s Worthy herself, who has dedicated years to pursuing justice for abandoned survivors of sexual assault. Since she started her work, several states have brought in laws to make testing of all rape kits mandatory. And anybody who’s read anything about Worthy will be left in no doubt; she’s only just getting started.

– If you’ve experienced rape, child sexual abuse or any other kind of sexual violence, you can contact Rape Crisis for help, support and information.