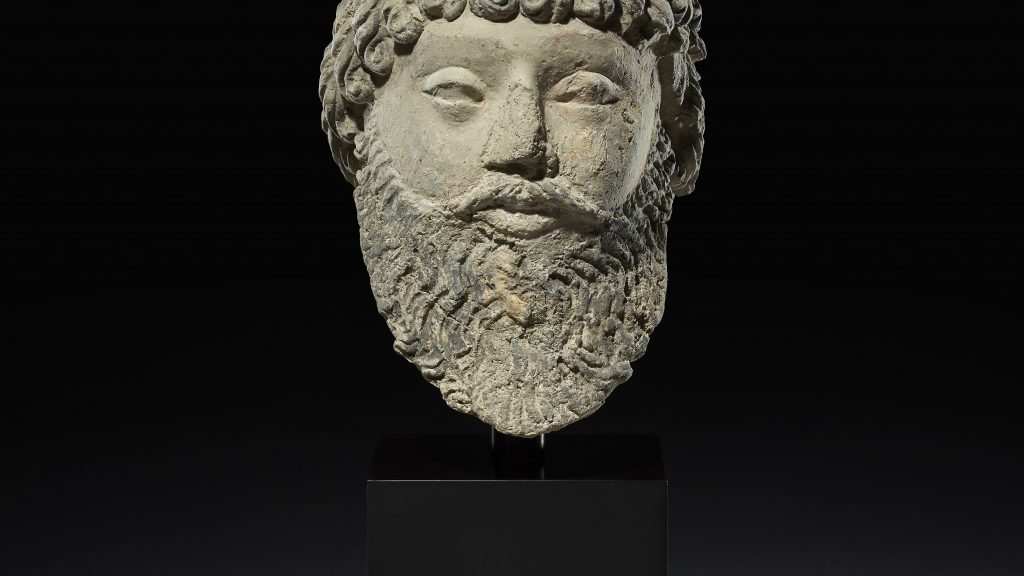 Ancient artefacts that have been looted from Iraq and Afghanistan after recent conflicts and illegally exported to the UK will be returned to their country of origin.

The British Museum is working with the UK Border Force and other government law enforcement agencies to help to return the seized items, which were brought there for analysis, conservation and cataloguing.

War, conflict, climate change, globalisation, poverty and migration all play a part in the threats to cultural heritage.

The museum adopts a systematic approach, working with many colleagues across the world to help preserve, train, conserve, document and understand material culture.

Among the items due to be returned are Gandharan sculptures which had been illegally exported from Afghanistan and entered Heathrow Airport from Peshawar on September 5 2002.

They consist of a bodhisattva torso made of the metamorphic rock grey schist and a group of nine heads sculptured in clay and then painted.

The heads feature a portrayal of Buddha, the turbaned heads of meditating bodhisattvas, the bald head of a monk and three larger heads belonging to female and male individuals, one possibly to be identified with Vajrapani, the spiritual guide of Buddha.

The others are thought to be lay donors or bodhisattvas.

The clay heads belong to a well-known class dating between the fourth and sixth centuries AD, the museum said.

They are typical of the tradition of Hadda, near Jalalabad in eastern Afghanistan, and the remainder of Buddhist sites in the Kabul region of central Afghanistan and will have adorned the walls of Buddhist monasteries.

The objects will be returned to the National Museum of Afghanistan through the British Museum after they go on temporary display in London, with the permission of the Afghan museum.

Due to be returned to Iraq is an important collection of tablets bearing cuneiform, one of the earliest systems of writing.

A haul of 154 Mesopotamian texts written on clay in cuneiform script was seized on entry to the UK in February 2011.

The tablets range in date from the mid-third millennium BC to the Achaemenid period.

The earliest are Early Dynastic administrative tablets and the latest are dated to the reigns of a Darius and an Artaxerxes but most date to the period between 2100 and 1800 BC and belong to the Ur III and Old Babylonian dynasties.

Some carry cylinder seal impressions and some are still enclosed in their clay envelopes.

The texts include letters and a mathematical text, but most are economic texts, and many belong to administrative archives coming from a place called Irisagrig.

The city was unknown until tablets referring to it surfaced on the art market in 2003 when the site was probably heavily looted in the immediate aftermath of the American-led invasion of Iraq.

After a long investigation by HMRC, they will be returned to the Iraq Museum, part of the State Board of Antiquities and Heritage of Iraq, through the British Museum.

The museum has also developed a collaborative project with antiquities authorities, collectors, dealers and law enforcement agencies called Circulating Artefacts, which aims to identify and return trafficked objects to Egypt and Sudan, with support from the Cultural Protection Fund.

Over the past year, almost 700 illicit artefacts looted and trafficked from Egypt and Sudan have been identified under the scheme.

Repatriated objects include statues, reliefs and funerary objects spotted with a wide range of auction houses and sellers, both in the UK and abroad.

I am extremely proud of this deep and committed engagement, built collaboratively over many years and with the help of many funders.

Sadly, this work is more essential now than ever and the museum will continue and increase its efforts to assist colleagues globally in the preservation and celebration of their cultural heritage.”