May disagrees with leaked Trump comments from UK ambassador to US, but still has 'full faith' in him - The Canary

Leaked emails show that Sir Kim Darroch – the UK’s ambassador to the US – believed Donald Trump’s administration to be “inept”. Despite the following political firestorm, however, prime minister Theresa May says she has “full faith” in Darroch.

The documents obtained by the Mail on Sunday detail Darroch’s assessments of the Trump administration from 2017 to the present.

The diplomatic memos suggest that, in order to communicate with Trump, “you need to make your points simple, even blunt”. Darroch also says:

He questioned whether the White House “will ever look competent”.

In one of the most recent documents, he refers to “incoherent, chaotic” US policy on Iran. 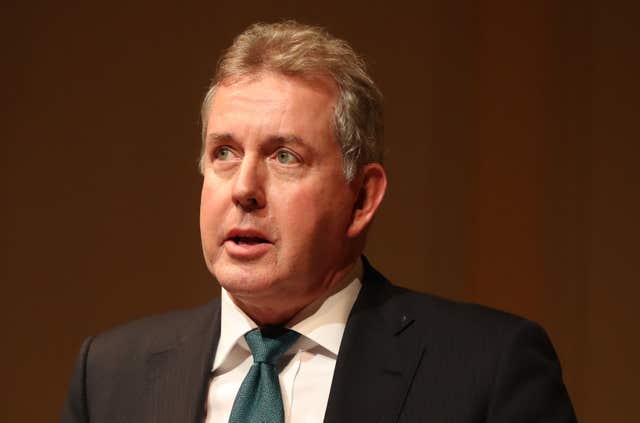 Sir Kim Darroch, the UK’s ambassador to the US (Niall Carson/PA)

Formal investigation into the leak

The PM has full faith in her ambassador to Washington… Our ambassadors provide honest, unvarnished assessments of politics in their country – those views are not necessarily the views of ministers or indeed of the Government… As the Foreign Secretary has said, this leak is not acceptable.

Asked if May agreed with the contents of the leaked assessment of the Trump administration, the spokesman said: “The PM does not agree with that assessment.”

The spokesman said there was “nothing to suggest” hostile state actors had been involved in the leak.

Number 10 said officials had contacted the Trump administration and set out that they believe it is “unacceptable”.

Trump, meanwhile, said Darroch had “not served the UK well” and administration officials were “not big fans” of the envoy.

A formal investigation will be carried out to determine how the candid and highly embarrassing messages from Darroch to the UK government were leaked.