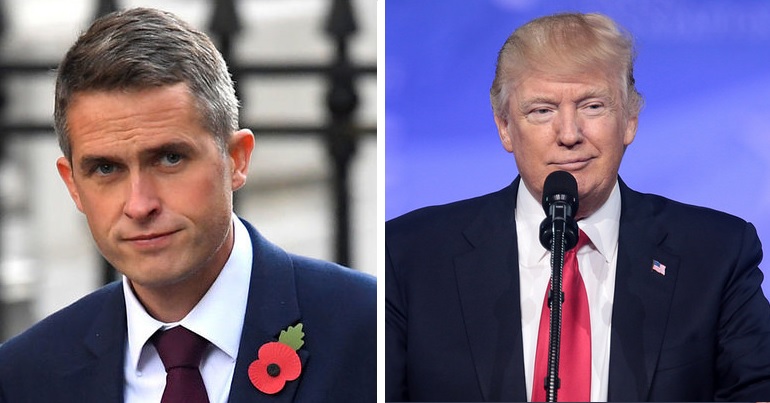 UK MPs have revealed plans to effectively blow £20bn of taxpayers’ money on Donald Trump. The Commons Defence Committee has urged the government to raise defence spending from 2% of GDP to 3%. The committee argues that Britain must do so to maintain its “usefulness” to the US and its “influence” within US-led NATO.

The committee, made up of 11 MPs, published a report entitled Indispensable allies: US, NATO and UK Defence relations on 26 June. It examines what the UK’s priorities should be with regards to NATO, and what support it should be offering to the military alliance. It also reviews the UK-US relationship and, in particular, how these relations impact on NATO.

Overall, the MPs concluded that the UK needs to step up its efforts. The committee wrote:

Throughout this inquiry it has become clear to us that, if the UK wishes to maintain its leadership position in NATO and to continue such fruitful defence relations with the United States, then it will have to invest more in its Armed Forces… Diminished capacity reduces the UK’s usefulness to the US and our influence within NATO. The Government must not allow this to happen.

Currently, the UK commits around 2% of its GDP to defence spending. The Ministry of Defence (MoD) said:

The UK maintains the biggest defence budget in Europe. We have been clear we will continue to exceed NATO’s 2% spending target.

But the committee recommends that spending increase to 3%. So that’s a cost of £60bn rather than £40bn, largely to keep Trump happy. The US president has recently berated NATO allies in public for failing to increase their military spending. For example, he tweeted out the misleading claim that the US pays “close to the entire cost of NATO”, saying “they pay only a fraction of the cost-and laugh!”.

The committee partially justified its demand for a steep rise in defence spending by explaining how the UK gains from its defence relationship with the US. It revealed that US defence secretary James Mattis claims the UK “benefits to the tune of £3 billion a year” from it.

Clearly, the figures don’t quite add up. Because while the UK allegedly gains £3bn a year from its defence relationship with the US, the committee has recommended spending £20bn more a year to ensure that relationship is sound.

Nonetheless, it appears that many involved parties agree with the committee’s conclusion. Defence secretary Gavin Williamson has recently demanded exactly the same amount of money, £20bn, from the Treasury. He’s even reportedly planning to topple Theresa May if he doesn’t get it.

Meanwhile, ex-chief of defence staff Lord Gen Nick Houghton has publicly scolded the government for putting more money into saving people’s lives than destroying them. Following an announcement by the PM regarding extra funding for the NHS, Houghton said:

More funding for health can win you tactical advantage in domestic elections but they don’t enhance Britain’s influence, power and respect in the world if that is the sort of country we want to be

There appears to be a consensus among some sections of the political class that we should throw more money at defence. But in light of the committee’s findings, that agreement looks increasingly based on a desire to put the UK in Trump’s good books.

That is not putting our money to good use.