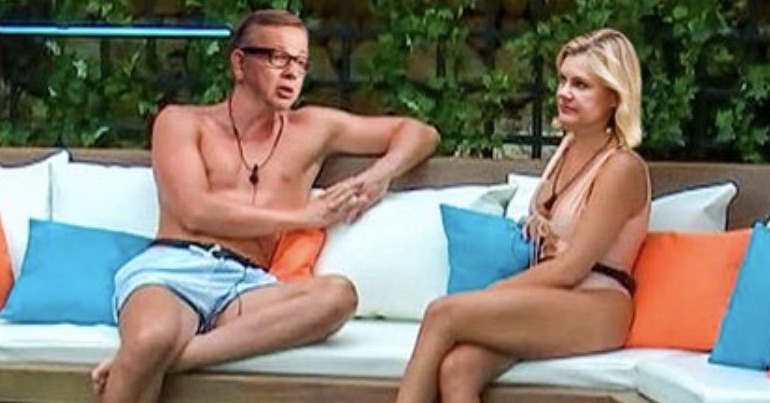 Zara McDermott is a government adviser at the Department for Education (DfE). But as the funding crisis continues in UK schools, she’s spending the summer on ITV2‘s Love Island. In response, the Times Educational Supplement (Tes) has created Gove Island. And Michael Gove and the DfE just got ‘properly mugged off’.

Zara McDermott is a “post-16 policy adviser” and, as such, she’s part of the team advising education secretary Damian Hinds at the DfE.

Who says @LoveIsland is not intellectual? New entrant @zaramcdermott_ is an #DFE @educationgovuk Policy Adviser.

But as Tes pointed out, when she joined ITV2‘s most-watched show ever, she left the DfE at a crucial time. So Tes created Gove Island which, it said, isn’t really that different from the DfE because:

It’s just another exploited crew forced each day to turn idle fantasies into realities, a squad that has to cut free from the real world for that to work.

Gove is the ‘star’. But as Ed Dorrell – the head of content at Tes – pointed out, it’s not easy to unsee this image:

The illustration is an image that will be imprinted on your brain for the rest of eternity. https://t.co/iyA0ckw0Dz

May’s mugged off Morgan, Gibb’s got eggs in multiple baskets and Hinds doesn’t want to pair up with any policy…

But there’s a twisted side to the island, because the legacy of Gove overshadows them all.

The National Union of Teachers listed ten reasons why Gove’s educational policies were so hated. He drove teachers out of the profession. There’s currently a crisis in mental health as children sit new GCSEs – one of Gove’s flagship policies. Parents and teachers say they’ll never forgive him.

Most intelligent people on that DfE island must surely feel a bit like Damian – marooned, confused and contractually obliged to play silly games in order to satisfy the personal whims of previous directors. So much of their day is wasted in pursuit of false idols such as free schools, academisation, expanded grammars and exam-only assessment of pupils and their schools.

In sending up the DfE, Gove Island draws attention to the current crisis in our education system. Schools funding cuts are critical, yet there’s funding for new grammar schools. Teachers’ workloads are crippling, and it now affects their students. The public sector pay cap has broken morale. There’s a crisis in teacher recruitment and retention.

But as Tes said:

At least Love Island is built on solid rock foundations. Sadly the same cannot be said for the country’s educational headquarters.

The DfE is not fit for purpose. Nor is this Tory government. And Gove has been properly ‘mugged off’ because he deserves little else.