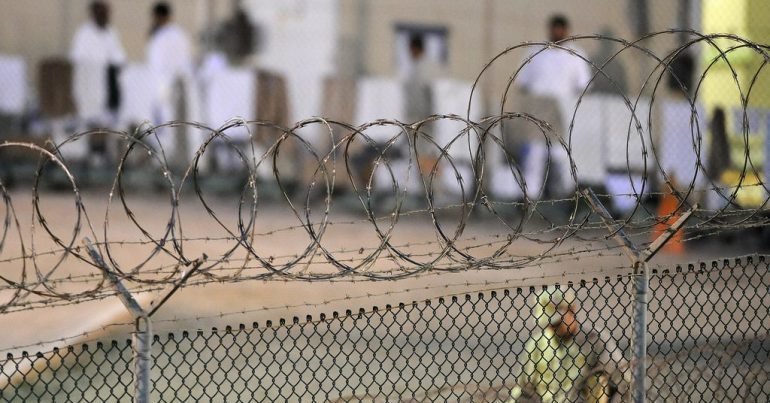 The government has prematurely halted a major investigation into the UK’s role in extraordinary rendition and torture.

But further investigations were suspended after the committee was denied access to certain ‘officers’.

I find it unacceptable that the Government has briefed the media on our reports before they are published. These are not the Government’s reports to trail or leak as they wish. The Government is, exceptionally, given sight of the reports ahead of publication so that they can check there is nothing in them which would harm UK national security. The draft reports should have been kept on an exceptionally tight distribution within Government. It appears that that procedure has been abused in order to leak details of the reports, so as to draw the sting on Thursday.

In a separate press release, the ISC added [pdf]:

By 2017, we had reached the point in our Inquiry where we had covered the breadth of the issues but wished to examine certain  matters in greater detail: in order to do so we needed to hear from the officers who were involved at the time. The government has denied us access to those individuals. The Committee has therefore concluded – reluctantly – that it must draw a line under the inquiry.

A 2007 European Parliament report expressed “serious concern” about 170 stopovers made by CIA-operated aircraft at UK airports, which came from or were bound for countries linked with extraordinary rendition circuits and the transfer of detainees.

In the Current Issues report the ISC concluded [pdf, p84] that:

The FCO’s position that the UK is absolved from complicity in permitting transit or refuelling of a possible rendition flight, because it has no knowledge of what the aircraft has done or is doing, is not acceptable.

With regard to the use of Diego Garcia (British Indian Ocean Territory), the main ISC report states [pdf, p102]:

There is no evidence that any US rendition flight transited the UK with a detainee on board, although two detainees are now known to have transited through the British Overseas Territory of Diego Garcia. The Committee has seen nothing in the primary evidence to indicate that detainees have ever been held on Diego Garcia. We note, however, that the records available are patchy and cannot be relied on, and that the policy on recording flights was woefully inadequate.

Libyan Islamic Fighting Group (LIFG) leader Abdel Hakim Belhaj and his wife Fatima Bouchar were kidnapped by the CIA. They were renditioned, via Diego Garcia, to Libya. There they were jailed and tortured. Papers showed that an MI6 officer flew to Tripoli within days of the rendition to ask about Belhaj’s “cooperation with investigations”. That same officer reportedly told her Libyan counterparts about the location of another LIFG leader, Sami al-Saadi, who, with his family, was also renditioned. On 18 March 2004, Sir Mark Allen, former director of counter-terrorism at MI6, wrote to Libya’s spy chief Moussa Koussa applauding the co-operation between Libya and Britain on the rendition.

Most importantly, I congratulate you on the safe arrival of Abu’ Abd Allah Sadiq [Belhaj]… Amusingly, we got a request from the Americans to channel requests for information from Abu ‘Abd Allah through the Americans. I have no intention of doing any such thing. The intelligence on Abu ‘Abd Allah was British. I know I did not pay for the air cargo. But I feel I have the right to deal with you direct on this and am very grateful to you for the help you are giving us.

Other documents [pdf] found in Tripoli relate to the specific rendition arrangements of Belhaj and his wife. The Canary has also seen a copy of a secret memo from MI6 asking the Libyan authorities to put several questions to Belhaj while under interrogation: 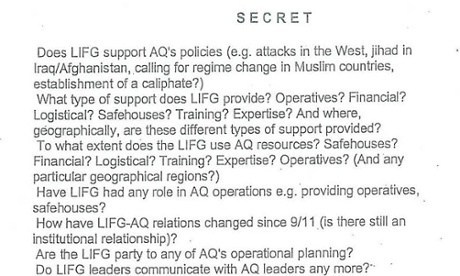 In May 2018, Belhaj finally got an apology from Her Majesty’s Government for its part in the rendition of him and his wife.

We have found 13 incidents where UK personnel witnessed at first hand a detainee being mistreated by others, 25 where UK personnel were told by detainees that they had been mistreated by others and 128 incidents recorded where agency officers were told by foreign liaison services about instances of mistreatment. In some cases, these were correctly investigated but this was not consistent

And in 232 cases, UK personnel continued to supply questions or intelligence to other services, as well as:

Also, in 28 cases, the agencies either suggested, planned or agreed to rendition operations proposed by others. In a further 22 cases, MI6 or MI5 provided intelligence to enable a rendition operation to take place. And in 23 cases they failed to take action to prevent rendition.

Buried in the ISC reports are many examples of wrongdoings by UK agencies. Lt Col Nicholas Mercer, who was the British army’s most senior army lawyer in Iraq after the 2003 invasion, commented:

Where these offences took place within the context of an international armed conflict, they amount to war crimes, and if the British government fails to prosecute then The Hague [International Criminal Court] is able to do so instead.

Clearly, there’s a lot more to be investigated, including what was known and authorised by Jack Straw, the foreign secretary of the day, and the spy chiefs of MI6, MI5 and GCHQ. And this is not forgetting the separate cases involving alleged torture and unlawful killings by British troops during the invasion and occupation of Iraq.