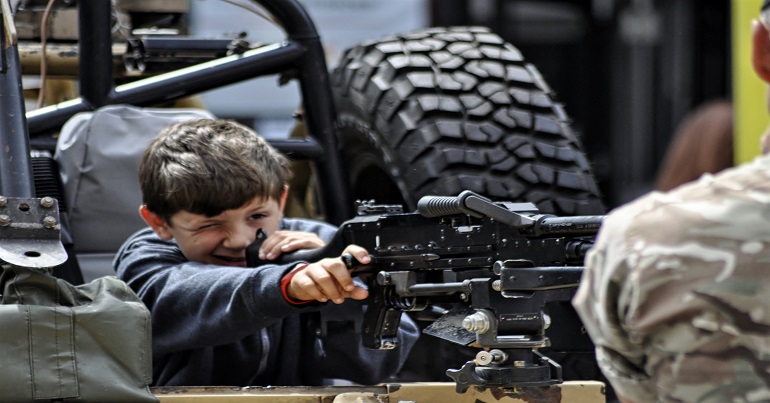 Children have been encouraged to play with military grade machine guns, by members of the armed forces, in violation of an agreement made with the Lord Mayor of Leicester, community members say.

Symon Hill from the Peace Pledge Union claimed that these events are focussed on recruitment and normalising war:

Penny Walker, of Leicester Against War / Leicester For Peace, described what happened on 23 June, when Leicester held their Armed Forces Day celebrations:

Those of us concerned about these public displays and the militarisation of young people had received assurances from our City Mayor that children would not be allowed to handle guns at these events, and so a group of us spent two hours in the city centre at the display of weapons and big trucks and recruitment games. 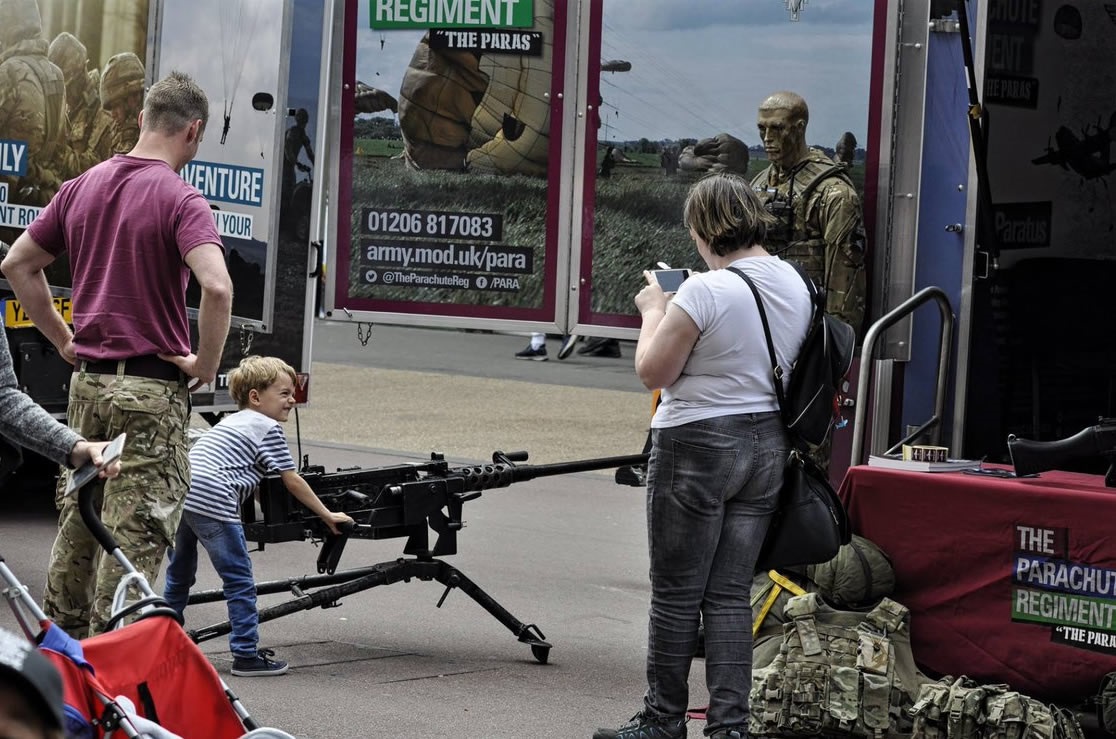 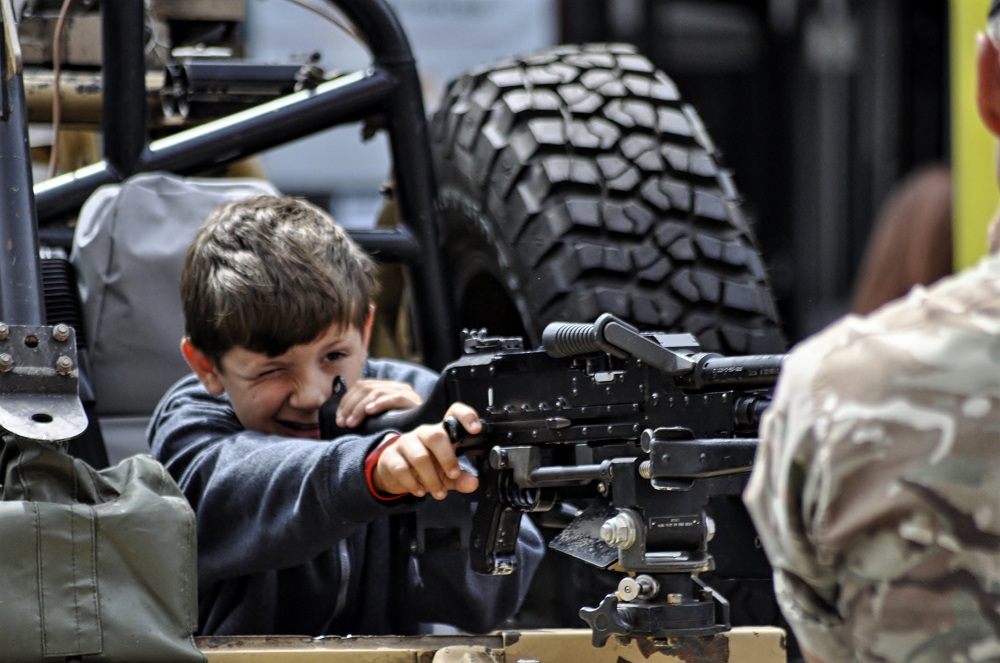 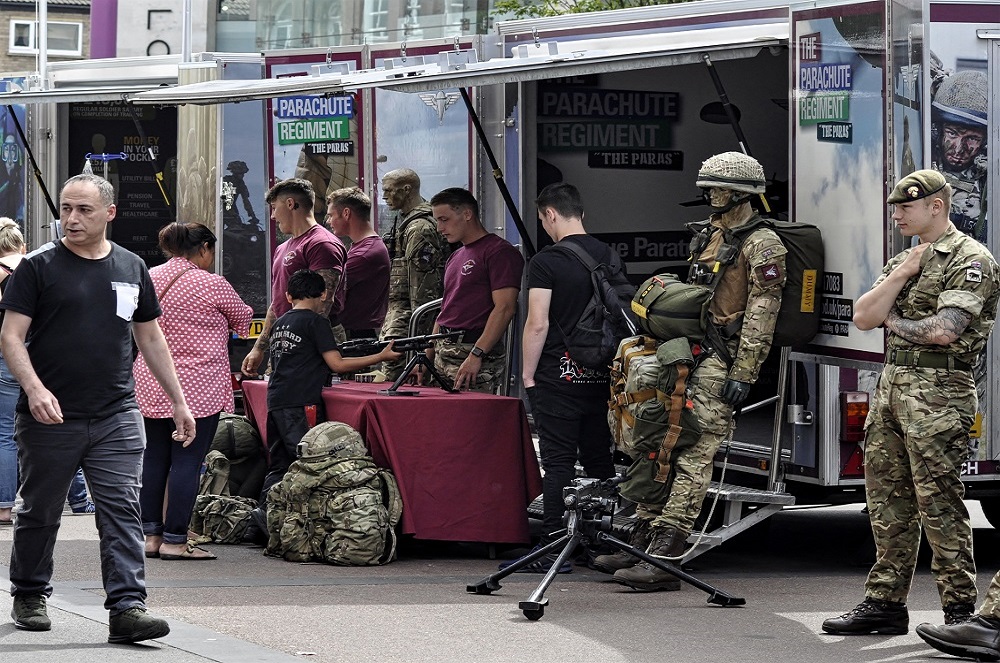 Walker says she and others stood in silent vigil across from the military stands. A member of the group took pictures of what the soldiers were doing, “especially when they allowed children to handle guns” she said.

Someone call the police!

No other institution in Britain could get away with treating children like this. Armed Forces Day gives children the impression that war is exciting and uncomplicated. Young people have a right to make up their own minds about complex ethical issues as they grow up, not to be swamped with thinly veiled pro-war propaganda.

The Canary contacted both the Lord Mayor’s office and the military for comment. Neither replied by the time of publication.

As The Canary previously reported, a 2018 report from Forces Watch describes Armed Forces Day as part of a “militarisation offensive”. This is aimed at curtailing dissent against UK foreign policy, expanding support for unpopular wars, and securing new recruits, particularly among children.

A short video, The Unseen March, produced in 2015, also warned about the militarisation of education targeting children in Britain.

In it, Ben Griffin of Veterans for Peace said:

Britain is the only European country, and one of a handful of [pdf, p1] countries worldwide, that allows the military to enlist minors.

Events like Armed Forces Day have support from both major political parties as well as the corporate and establishment press.

If parents who oppose children being targeted for recruitment by the military don’t speak up now, they may one day find themselves in a society in which simply questioning the military, or its wars, will be labelled ‘treasonous’.

– Also learn more about militarism and resistance to it in Britain via the Peace Pledge Union.