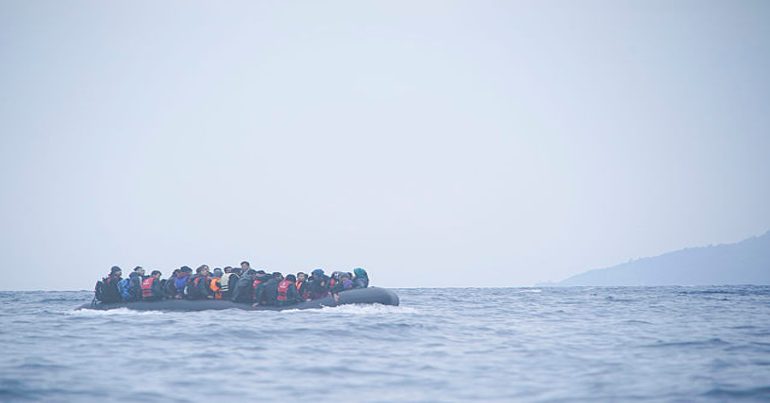 A search has now been suspended for a ten-year-old girl who went missing during a crossing from Turkey to Greece on 13 February. She is from Afghanistan, and was attempting the journey to the island of Lesbos with her family, in a dinghy carrying 52 people. Rescuers have stopped searching for her due to poor weather conditions in the area.

Refugees embarking on the sea crossing from Turkey to Lesbos pay a lot of money for a place in a flimsy rubber dinghy, crowded with people.

A Canary journalist in Lesbos spoke to volunteers on the ground, who believe that the boat came into contact with rocks. The coastline around northern Lesbos is incredibly dangerous, with jagged rocks and water that changes depth suddenly. If a dinghy hits the rocks, it can begin to deflate. This often leads to people immediately trying to evacuate.

Lighthouse Relief, an NGO based on Lesbos, was the first organisation to arrive at the scene. It has a round-the-clock team of volunteers who respond to all boat landings on the northern shore. Its team expressed frustration, saying:

More than three years after the death of [Kurdish child refugee] Alan Kurdi shook the world, prompting empty promises of safe passage and humanitarian admission, those of us working in these border regions see that little has changed. It is unacceptable and heartbreaking that we should still have to witness scenes like these played out on Europe’s doorstep.

In March 2016, The EU-Turkey Deal was signed, allowing the deportation of people from Greece to Turkey, unless they could prove that Turkey was not a safe place for them. At the same time, the EU promised to provide a safe and legal way out of Turkey. But Amnesty International wrote in 2017 that the number of Syrian refugees transferred from Turkey to the EU had been “negligible”. And it seems there is still virtually no option for a ‘safe and legal’ passage out of Turkey.

Meanwhile, those making the crossings remain at great risk. This tweet from search and rescue team Refugee Rescue illustrates the danger posed by the cold:

A baby with blue lips and a waterlogged dinghy; it was a close call this morning as 48 people arrived to the east of Cape Korakas. Their dinghy started taking on water early in the journey, and people were freezing once they arrived on Greek shores.#safepassage pic.twitter.com/SrFKSgvLgO

According to the United Nations, 213 people arrived on Lesbos from 4 to 10 February. And 2,348 people have arrived in Greece by sea so far in 2019. The vast majority of people came from Afghanistan, Syria, and Iraq – all places suffering immense violence as a result of Western invasions and Western-backed wars. And at least 208 people have died while crossing the Mediterranean in the first five weeks of 2019.

The refugee crisis may not get as much media coverage nowadays. But it most certainly has not gone away. Governments must end their destructive border regimes, accept refugees with open arms, and stop fuelling wars around the world. Because this suffering has already gone on for way too long.