Cuba warns of US military build-up near Venezuela - Canary 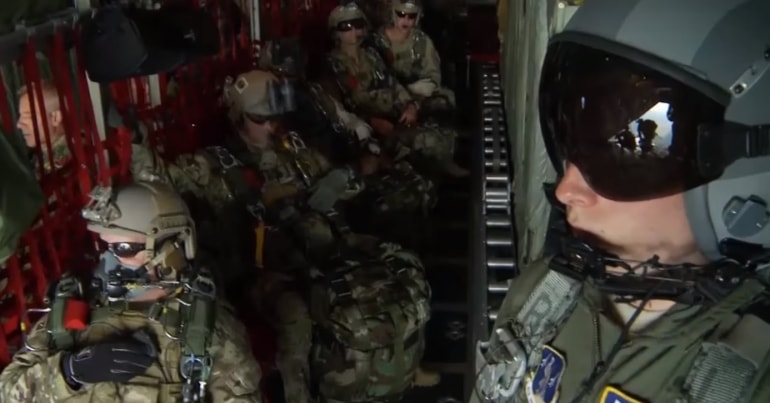 The Cuban government has issued a statement alleging that US troops are building up in the Caribbean, a short distance from Venezuela.

The statement is dated 12 February and says:

Between February 6 and 10 of 2019, several military transport aircraft have been flying to the Rafael Miranda Airport in Puerto Rico; the San Isidro Air Base in the Dominican Republic and other Caribbean Islands that have a strategic location…

It also notes that:

These flights took off from US military facilities from where Special Operation Troops and US Marine Corps units operate. These units have been used for covert operations, even against leaders of other countries.

The Venezuelan government also recently reported that it had intercepted shipments of weapons from a US plane. According to Democracy Now!, the plane had conducted:

nearly 40 round trip flights between Miami and spots in Venezuela and Colombia since January 11.

UK military in the region too

On 5 February, meanwhile, the Morning Star reported that marines from 40 Commando A Company of the British navy recently landed in Belize. The Royal Air Force also reportedly said that it was supporting “army exercises in Central America”.

Phillip Clarke, from Veterans for Peace UK, told The Canary that there is “nothing unusual” about “British Troops training in different environments”. And he explained that:

The British military regularly trains in different environments so as to be prepared for anything. They have done for years and years. They train in Norway for the Arctic conditions. They train in Kenya for the bush. They train in Oman and Jordan for the desert. They train in Belize and Brunei for the jungle.

Clarke, who is a former military intelligence analyst, pointed out that:

40 [Commando] will have approx 600 personnel. Even if the entire battalion were in Belize that is not a very large force to invade Venezuela.

However, the history of Western ‘intervention’ in Latin America is filled with examples of UK and US military forces playing a secondary role. In these missions, the US and its allies helped organise, advise, train, assist, and equip far-right paramilitary forces and death squads. And the risk of such interventions is boosted by the ongoing Western-backed coup attempt in Venezuela.

the Montevideo Mechanism, an initiative promoted by Mexico, Uruguay, the Caribbean Commonwealth (CARICOM) and Bolivia, which seeks to preserve peace in Venezuela…

Western-backed forces don’t seem interested in dialogue, though. So it’s up to everyone in the world who values peace and democracy to bring that pressure to bear.

Featured image via US Army/YouTube