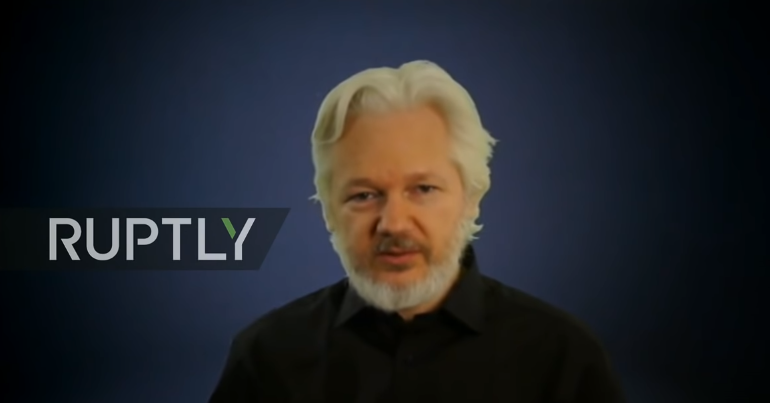 The Inter-American Commission of Human Rights (IACHR) has declined Julian Assange’s request that it order Ecuador to ease draconian rules imposed on him. Item 24 of the rules explicitly prohibits Assange, the head of WikiLeaks, from engaging in political speech the Ecuadorian government considers “harmful”. It effectively removes his right to free speech. Assange must comply with these rules to continue to receive asylum in the Ecuadorian embassy in London where he has been for several years.

Ecuador has denied Assange the ability to communicate directly with the outside world through social media for almost a year. Meanwhile, the US government has become bolder than ever in its efforts to imprison Assange for his work as a publisher. Chelsea Manning was recently jailed for refusing to give testimony against WikiLeaks.

The IACHR did not appear to say that Ecuador’s rules for Assange were legal under international law. It said his case did not meet the “requirements of gravity, urgency and irreparable harm” needed for the body to make a ruling. The reasoning behind that claim was not given.

Was “reminder” to Ecuador a bit of ass covering?

Oswaldo Ruiz-Chiriboga is an Ecuadorian legal scholar who teaches constitutional and human rights law at Central European University. He told The Canary the following about the IACHR’s decision:

Assange was granted asylum in 2012 by the leftist President of Ecuador at the time, Rafael Correa. But Ecuador’s current president, Lenin Moreno, adopted the platform of the Ecuadorian right in 2017 immediately after taking office. That platform includes hostility towards Assange and a submissive attitude towards the US.

The IACHR itself has very recently been threatened by Washington with funding cuts. Supporters of the IACHR have urged the US to keep funding it. That obviously raises questions about the political independence of the IACHR.

Certain “human rights” groups and media outlets have ignored, and in many cases snickered at, the Moreno government’s crackdown on Assange. It appears many prominent organizations are not nearly as independent of US power as they would have people believe.