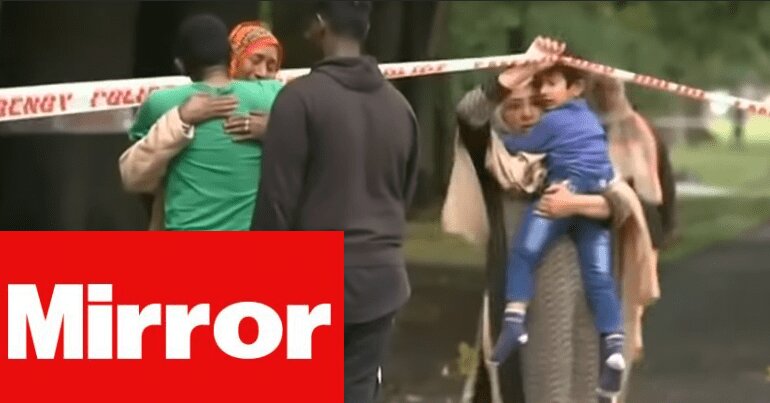 The Daily Mirror has given the Sun a run for its money with a front-page feature on the New Zealand mass murderer. On 15 March, a far-right terrorist massacred 49 people and injured at least 48 others across two mosques in Christchurch.

Now, the Daily Mirror is facing heavy criticism for its leading response:

There is absolutely no chance a newspaper would splash a childhood photo of an Islamist terrorist who murdered 49 Christians in a church as an “angelic boy”. Displacing focus from the victims to oh how could such a sweet WHITE boy become a terrorist is abhorrent pic.twitter.com/pcQCOBzMpT

The front-page seems to humanise the murderer rather than pay tribute to the victims. This contrasts with the Mirror coverage of the Islamic terrorists behind the Paris attacks in November 2015:

How two different terror attacks were covered by The Mirror pic.twitter.com/eVkSaKOovX

Why haven’t you put the victims on the front page like you do with every other terror attack?

Honestly, I know how racist our press is but foolishly expected more from The Mirror. https://t.co/y5tn7oCUYd

On top of its front-page, the Mirror (and the Daily Mail and the Sun) ignored requests from the New Zealand police and initially featured parts of the terrorist’s video on its website. In response, John Mann MP called for resignations at both the Mirror and the Mail.

“Are you the f*cking Daily Mail now?”

People were not impressed with the Mirror‘s approach:

The @DailyMirror has lost it. It’s humanising a fascist killer on its front page. And this morning it also shared some of the terrorist’s own film of the atrocity, before removing it. pic.twitter.com/ZCB2vMSV46

Others used imagery to make their point:

I’ve fixed that for you, @DailyMirror. pic.twitter.com/diMeajf2Al

Hi, @DailyMirror, what the fuck is this please?

I mean what the actual fucking fuck is this fucking headline supposed to be?

Are you the fucking Daily Mail now because I’m not seeing a lot of difference tbh. pic.twitter.com/GmnUrl7QXg

49 people are dead, it must be a bit fucking galling for their families to see newspapers lead with how angelic the victims’ murderer was as a child pic.twitter.com/K9DGwvQ3VO

When push comes to shove, the Mirror behaves no better than the other hate-filled rags in the UK. It’s no wonder the UK public trusts its press the least in Europe by some distance.

Nobody should publicise the terrorist beyond providing the necessary facts. Because it risks creating a greater incentive for others to carry out murders and make a name for themselves. Our focus should be on the victims. Shame on the Mirror.