We need to talk about BBC Newsnight's coverage of the New Zealand massacre. It's not okay. - Canary 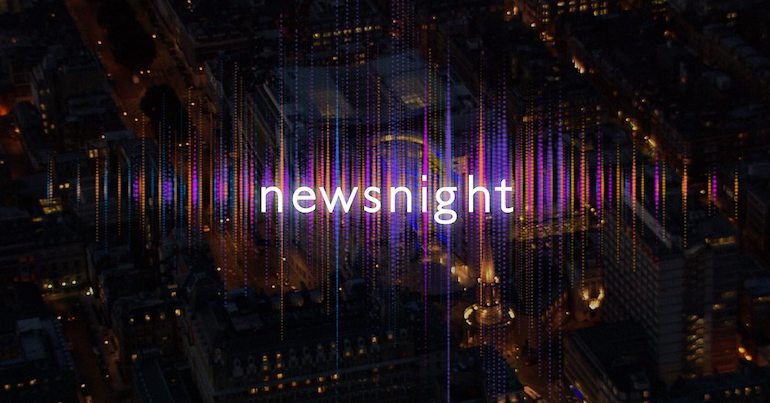 On 15 March, at least 49 people were murdered in a brutal and vicious attack across two mosques in Christchurch, New Zealand. It’s now known that the alleged killer had established far right links and views. Yet, in its ‘coverage’ of this atrocity, BBC Newsnight let another far-right group, with extremist anti-Muslim views, speak without interruption.

In a Newsnight segment examining the context of the atrocity, Richard Watson established that Brenton Tarrant, who has been charged with the killings, issued a manifesto called The Great Replacement. Watson then went on to say that this is:

Next, Watson interviewed Benjamin Jones, leader of Generation Identity UK (GI). Jones claimed not to support violent methods and distanced his group from “alt-right tendencies”. But then Watson let him share GI’s “extreme and offensive views, especially about Muslims”, without any interruption at all.

Spreading a message of hate

Generation Identity is “one of Europe’s fastest growing and most prominent far-right movements”. It’s been linked to a series of racist attacks against Muslims and refugees. Some members use “Nazi salutes”.

For them, the objective is to be talked about as much as possible in order to spread their message throughout society, in political circles and to force certain themes into the debate.

A spokesperson for Newsnight told The Canary:

It is important we examine and challenge ideologies that drive hate crimes in a wider context, whether they have been distorted, and the connection they may have with any European or UK groups.

Yet, not surprisingly, many people have been highly critical that the BBC let GI share its views:

Something has plainly gone very wrong at @BBCNewsnight. This evening—on the day of the racist murder of Muslims in #Christchurch—they gave a platform to racist hate organisation Generation Identity. Would you explain your decision @esmewren? I’ll be making a formal complaint. pic.twitter.com/RdQcfxAeF1

.@BBCNewsnight why on earth would you give an essentially unchallenged platform to Generation Identity, letting their UK leader spread their ideas and hate? Seriously misjudged and irresponsible decision. #Newsnight

Something is seriously wrong with @BBCNewsnight. It's shameful and despicable that they decided to give Far Right Generation Identity a platform today. A day when a far-right terrorist killed 49 Muslims. Someone associated with Newsnight is a far-right apologist and sympathiser.

What on earth are Newsnight thinking, inviting the fascist movement Generation Identity to spout their racist views in response to the massacre of 49 Muslims? pic.twitter.com/oHoK80BHGA

Equally concerning is that some people said they’d not heard of GI before hearing Jones on Newsnight.

Despite the BBC‘s claim that it ‘challenged’ the ideology behind this atrocious act, the fact remains that a far-right group shared its message on air. And that is one of GI’s key strategies. No excuses Newsnight, this is really not okay. In fact, it’s appalling.