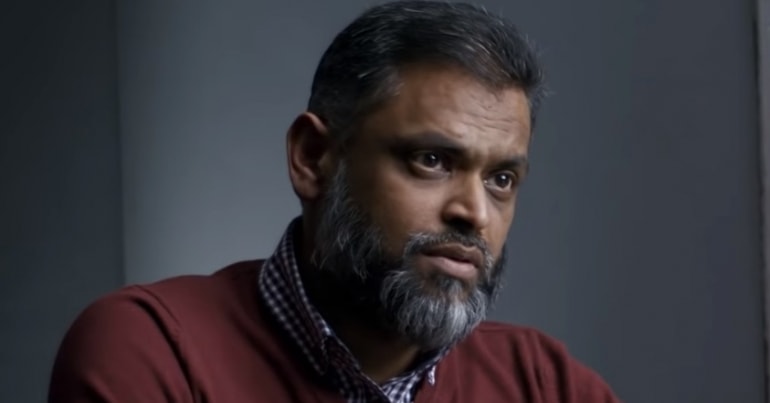 Activist Moazzam Begg has placed the massacre of at least 50 Muslims in New Zealand into its wider context, blaming advocates of the so-called ‘War on Terror’ for actually ‘generating’ such far-right terrorism.

This is a context that’s missing from the mainstream discourse on these killings.

The media have reported that the suspect allegedly live-streamed video footage of himself on Facebook, shooting people at random at a mosque in Christchurch. Attacks occurred at two separate mosques, which also left 50 injured. Two people are in critical condition, including a four-year-old child.

The suspect allegedly posted an unsigned 77-page manifesto called ‘The Great Replacement’ just before the attack. The document echoes anti-Muslim, ‘nativist‘ language common among far-right white nationalists. It blasts immigration from the global south and declining birth rates among ‘whites’. The author emphasises their concern over “birth rates”, writing “this is White Genocide”.

But as Begg, a former detainee at US torture facility Guantánamo Bay, said:

Anti Muslim sentiment is not confined to the far-right but lives in the respectable halls of parliament, press rooms and academia.

The violence meted out against peaceful worshippers today is generated from the neo-con playbook of alienating Muslims and stoking anti-immigrant sentiments. New Zealand is yet another signpost of the brutality unleashed.

The neo-con ‘War on Terror’

British rapper Lowkey echoed this sentiment on the same day, saying that the “attack in New Zealand did not take place in a vacuum”.

And CAGE described the massacre as the “inevitable outcome of decades of War on Terror language”. It said:

This is a moment for politicians and leaders to stop and reflect over decades of policy making under the guise of the ‘War on Terror’, whose actions and policies are premised upon the mass demonisation of Muslims, including treating them as a fifth column within the nations of their birth.

It is incorrect to narrow this down to a fringe group. Much of the rhetoric on which the perpetrator of this attack has relied, is mainstream in the UK, Australia, New Zealand, the USA and the West at large.

It also noted how:

Individuals allied to think tanks that are in close proximity to the corridors of power, such as the Henry Jackson Society, have openly advocated for ‘less Islam’ and ‘making conditions for Muslims harder across the board’.

Western governments have been using anti-Muslim and anti-immigrant language to reduce opposition to their endless offensive wars abroad. They have also used the same fear-mongering (playing on Islamophobia) to justify their crackdown on rights and freedoms domestically. Unfortunately, as long as policies like the ‘War on Terror’ remain the norm, we will continue to see attacks like the massacre at Christchurch.