The extreme right has won in Israel. And as always, that means the Palestinian people have lost. - Canary 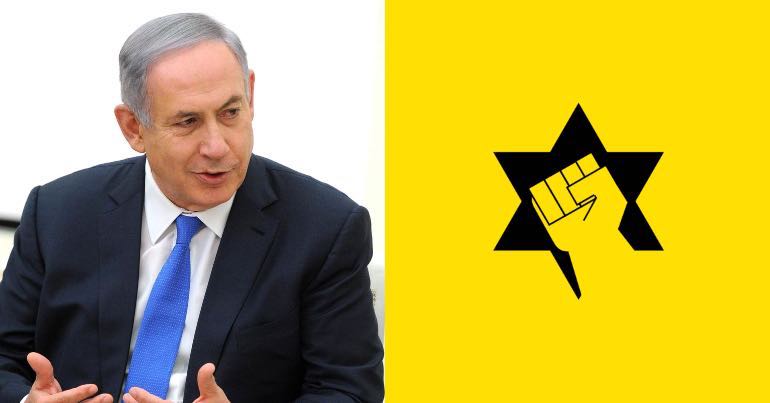 Benjamin Netanyahu has won a fifth term as Israeli prime minister. Netanyahu’s Likud party won 35 seats, which tied it with Kahol Lavan, the party of opponent Benny Gantz. But hard-right parties have come out victorious at the expense of less extremist parties. And now, most right-wing parties have said they will support another Netanyahu-led government.

Nothing good to come

In the run-up to the elections, Netanyahu appealed to the hard right, making it clear that nothing positive would come to the Palestinian people. He declared:

Israel is not a state of all its citizens.

He also pressed home the fact that “Israel is the nation state of the Jewish people – and only it”. More recently, he said he’d annex illegal West Bank settlements if re-elected. He told an interviewer:

I am going to extend sovereignty and I don’t distinguish between settlement blocs and the isolated settlements.

But this is not all the Palestinian people have had to deal with during the election period. Police reportedly discovered hidden cameras at polling stations in Arab areas. Likud later confirmed that it was responsible for the more than 1,200 cameras. One journalist described it as an attempt to “intimidate Palestinian voters”.

And if that wasn’t enough, the Israeli military placed the Palestinian people on “lock-down”. So this meant Israelis living in illegal West Bank settlements could go and vote in Israel; but Palestinians in the West Bank could not get to their jobs while voting was taking place.

On top of all this is the fact that the right-wing union – United Right – has won five seats in the elections. The union includes the Otzma Yehudit party, whose name means ‘Jewish Power’. This party includes followers of ultra-nationalist Meir Kahane. He was the leader of the Kach party, which was banned in 1988 because of its extremism and racism.

One of Kahane’s followers went on to assassinate Israeli prime minister Yitzhak Rabin in 1995. And Baruch Goldstein, another follower of Kahane’s, murdered 29 Palestinian civilians in a mosque in 1994.

According to the New York Times:

Otzma Yehudit’s platform calls for annexing the occupied territories, rejecting a Palestinian state, expelling “enemies” of Israel — a euphemism for Arabs — and taking “ownership” of the Temple Mount.

As a result, the American Jewish Committee described Otzma Yehudit as “reprehensible”. And the union that the party is a member of has asked for the education and justice ministries in the new government.

None of this should surprise anybody, though. Because Israel was founded on an ethno-nationalist ideology (political Zionism) which placed Jewish people above all other peoples in the region. And as long as this ethno-nationalism continues to dominate politics in Israel, the domination and repression of the Palestinian people will also continue. Theodor Herzl, the founder of political Zionism, wrote the following in 1896:

Supposing, for example, we were obliged to clear a country of wild beasts, we should not set about the task in the fashion of Europeans of the fifth century. We should not take spear and lance and go out singly in pursuit of bears; we would organize a large and active hunting party, drive the animals together, and throw a melinite bomb into their midst.

And today, with Netanyahu set to become prime minister for a fifth term with the backing of the most extreme nationalists in Israel, Herzl’s words have become even more dangerous.