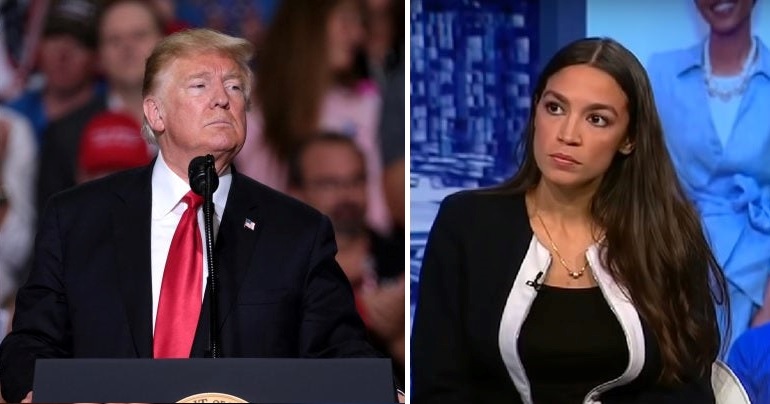 On 17 October, the US announced a highly controversial deal with Turkey that would supposedly see Turkish-led invaders suspend their attacks on northern Syria (aka Rojava). The condition was essentially that the largely-Kurdish communities of Rojava would have to stop resisting and leave their homes behind. Turkey would then move other people into the area to replace them (as it previously did in the Rojavan region of Afrin). As numerous critics have argued, this amounts to ethnic cleansing.

US complicity with this plan, however, was not the only cause for concern. Because as congressmember Alexandria Ocasio-Cortez tweeted, Donald Trump’s language was also very worrying:

The President of the United States is using the language of ethnic cleansing.

If we allow him to continue, who would he use it on next? https://t.co/waSuNK2n3y

The term ethnic cleansing refers to the mass purge of members of an ethnic or religious group in an area by those of another. … The aim is to rid of unwanted members of society and create an ethnically pure community.

The most famous examples of ethnic cleansing occurred throughout the 20th century. First, the Turkish massacre of Armenians during World War I, followed by the Holocaust during the Second World War. … A final example is a forced displacement carried out in the former Yugoslavia and Rwanda during the 1990s.

TRUMP: "What Turkey is getting now is they are not going to have to kill millions of people." 😳 pic.twitter.com/JXKfam96hv

As The Borgen Project noted, Turkey is no newcomer to ethnic cleansing. Because during the First World War, Ottoman leaders in the region sought to create a territory with only one religious and ethnic identity; and this meant targeting local Christians – largely from Armenian, Greek, or Assyrian backgrounds. This started in 1915 with the execution of around 50 Armenian intellectuals and community leaders. Authorities then forcefully relocated Armenians and other Christians to what the BBC describes as “barren desert regions where they died of starvation and thirst”.

Up to 1.5 million Armenians died or were murdered on this journey; and in total, up to 3.5 million Armenians, Greeks and Assyrians may have been killed between 1914 and 1923. The European parliament has formally recognised these events as genocide; as have more than 20 nations and most non-Turkish historians. As The Borgen Project says:

Genocide means the targeting of a large group and the deliberate killing of its members. The International Criminal Court has linked both ethnic cleansing and genocide very closely, labeling them both as crimes against humanity and war crimes.

Ethnic cleansing is essentially when there is insufficient proof of a “special intent to destroy an ethnic or religious group”.

There are numerous historic and present cases of ethnic cleansing (and genocide). But one of the most famous since World War Two is that of Palestine in and around 1948. This continues today on a smaller scale. The Israeli state, however, has reportedly been “wiping out archives” documenting its crimes.

Both militarily and ideologically, Rojava played a key role in defeating Daesh (Isis/Isil) in Syria, gaining limited support from the West in the process. Over 11,000 of its fighters died in this war. But Trump’s government recently convinced Rojavan forces to lower their guard to appease Turkey. It then reportedly colluded with its NATO ally’s assault, giving it “access to airspace and intelligence”. Trump has since been echoing Turkish propaganda.

Turkey’s invasion has so far killed over 200 civilians, created around 300,000 refugees, and allowed hundreds of Daesh supporters to escape detention. Evidence is also mounting to show that the invaders are allegedly committing war crimes. Critics have long highlighted evidence of Turkish collaboration with Daesh and other far-right extremists; and in 2018, the Permanent Peoples’ Tribunal ruled that Erdoğan and his regime had committed war crimes against Kurdish people at home and abroad.

The new US/Turkish deal, meanwhile, is a total gift to Turkey’s government. As congressmember Tulsi Gabbard summed up perfectly:

Trump to Kurds: “I got you a great deal. I gave Turkey your homeland and homes, and you have 5 whole days to pack up your families and leave before they slaughter you!” The Art of the Deal: How to sell what’s not yours.

Despite the deal, however, there are numerous reports of Turkish-led invaders continuing their attacks on Rojava or having no intention of backing down.

In short, the deal has been an utter failure – both on paper and on the ground. And its only achievement seems to have been uniting Trump and Erdoğan around the cause of ethnic cleansing.

Featured image via Gage Skidmore and Rebuild The Dream