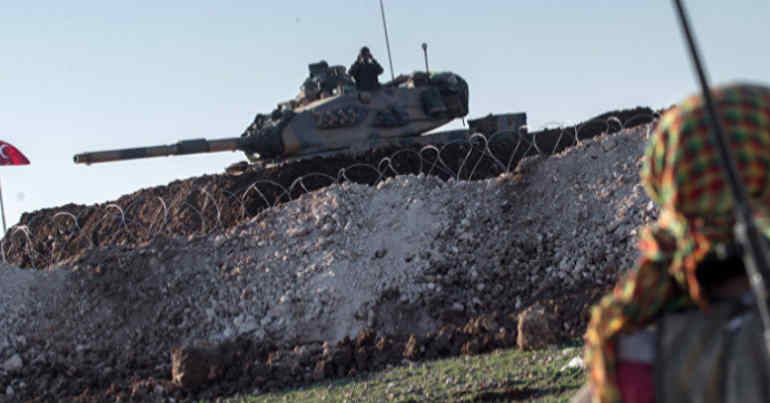 Turkey has been accused of spreading misinformation aimed at forcing people to flee from their homes in northern Syria (aka Rojava).

Turkish-led forces invaded Rojava on 9 October. The NATO member has faced accusations of ethnic cleansing and war crimes, and its illegal invasion has so far killed over 200 civilians, created around 300,000 displaced people, and allowed hundreds of Daesh (Isis/Isil) supporters to escape detention.

According to the Rojava Information Center (RIC):

We spoke to Abdulrahman Hamdi in Dirbesiyeh. He told us rumors Turkish-backed jihadis had already arrived in the city were spreading on Facebook, causing civilians to flee.

Turkey has attempted to spread such disinformation among the local population throughout the conflict. pic.twitter.com/8zv2syRYa8

In both Derbesiye & Qamishlo today, false rumors have spread via Facebook and word of mouth that a fresh Turkish assault is already underway, causing people to flee.

The same happened a week ago in Qamishlo – among political shifts, civilians remain fearful of Turkish invasion. pic.twitter.com/pr3iN5Qu3m

An invasion designed to crush a revolution

The Turkish invasion is intended to crush the revolutionary movement in Rojava. This revolution is based on women’s freedom, direct democracy, and living in harmony with the natural world.

Erdoğan sees the revolution in Rojava as a threat to his own autocratic rule because it acts as a beacon of hope for those who want to create radical peoples’ democracy in Turkey.

A recent opinion piece in The Canary argued that Turkey was attempting to ethnically cleanse Rojava:

Erdoğan’s apparent intention, then, is to commit yet another war crime; to force out the majority-Kurdish residents of Rojava and replace them with refugees who do not come from the area.

Occupying forces that want to ethnically cleanse an area often use misinformation as a weapon of war. The same tactic was used to spread terror amongst Palestinians during the ethnic cleansing campaign before the creation of the state of Israel. In April 1948, Zionist forces carried out a massacre of over 100 people in Deir Yassin. Israeli historian Ilan Pappé wrote in the Electronic Intifada that:

[the Zionist forces] published as widely as possible the news in order to frighten those living at the next locations in their journey of expulsion and destruction. They were about to assault the cities of Palestine and they hoped that the massacre would cause people to flee.

What’s happening now in Rojava has some similarities to the tactics used in Palestine. Since 9 October, Turkey and its jihadist proxy forces have carried out atrocities and a “killing spree” in Rojava. Tom Coburg recently wrote in The Canary:

During the week that led up to the ‘ceasefire’, numerous Turkish-backed Islamist and jihadist brigades swept across the border in a terrifying killing spree. One of the more appalling killings was that of Syrian-based Kurdish politician and human rights advocate Hevrin Khalef. Her body was mutilated.

The alleged Turkish rumours which are spreading fear in Rojava may be an attempt to weaponise these past atrocities so people flee their homes.

The people of Rojava are facing a brutal campaign of ethnic cleansing. And it’s up to us to stand with them. Demonstrations against the Turkish invasion are happening all over the world. As many of those opposing the invasion have been repeating: “The people of Rojava can hear us, stay on the streets!”