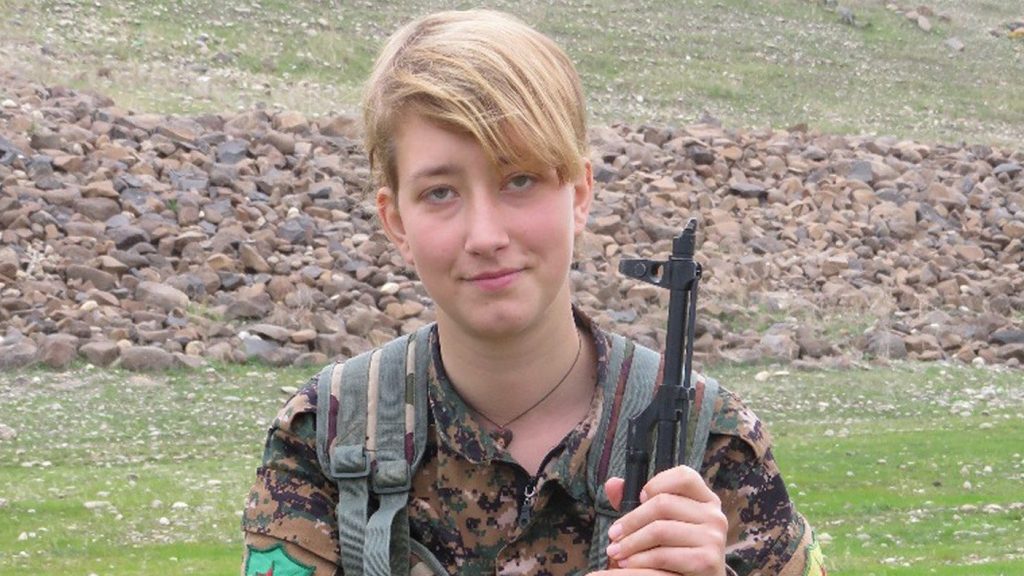 The father of the first British woman to die fighting against Daesh (Isis/Isil) in Syria has launched a campaign to bring his daughter’s remains back to the UK.

Dirk Campbell’s daughter Anna travelled to Syria via Lebanon in 2017 to join Kurdish forces fighting in the north west city of Afrin.

In March 2018, Campbell died after she was hit during Turkish air strikes while fighting with an all-female brigade of the Kurdish People’s Protection Units (YPG).

The 26-year-old was the eighth British citizen to die in the country but the first woman.

Her father, a musician from Lewes in East Sussex, has launched a legal campaign 18 months after his daughter’s death to bring her remains home from the now-Turkish controlled area.

He said his repeated appeals to the British and Turkish governments to repatriate her remains have failed, despite knowing the exact location of her body.

After instructing human rights lawyers McCue & Partners, Campbell is fundraising his legal fees in order to make formal representations to the Turkish government and potentially take legal action against Turkey.

Campbell said: “I have not even been accorded the courtesy of a reply to my repeated request to the Turkish embassy in London.

“My meetings with the Foreign Office have proved fruitless despite promises to ‘do our best’. My MP has done nothing to help. I have been left with no option but to seek legal action.

“Anna gave her life fighting for freedom and the rights and lives of others. It is an embarrassment to the UK and a disgrace and shame on Turkey that her body has been left to rot in the rubble of a ruined city.”

Speaking ahead of a BBC documentary in July, Campbell said he will never come to terms with her sudden death but was proud of her.

Campbell said: “One doesn’t really come to terms with a thing like that. I should have done more.

“I thought what she was doing was important enough for her that I could support her by feeling proud so that she didn’t feel like she was out on a limb on her own.”

Campbell added that he urged his daughter not to travel to Syria, as did her friends and family, but said arguing was “futile”.

The city of Afrin was captured by the Turkish military in the week of Anna Campbell’s death.