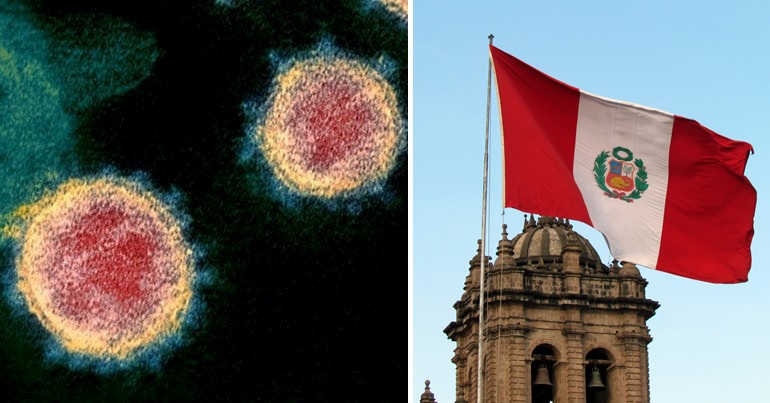 In recent days, the world has turned its eyes to Peru‘s response to the coronavirus (Covid-19) pandemic. After being among the first countries in Latin America to impose a nationwide lockdown – and despite hundreds of thousands of tests – the country has recently surpassed 4,000 deaths and 100,000 infections, second in South America only to Brazil, according to official statistics.

Now, after over two months of a lockdown that was supposed to end on 25 May, the government has just announced 40 more days of isolation. With over 4,000 cases detected on 20 May alone, a worrying surge of new infections forced President Martín Vizcarra to postpone the reopening.

Understanding Peruvian society demands a brief look through the lens of its most recent political scandals (and 2019 was full of them). In April, two-times president Alan García killed himself precisely while being arrested on graft charges related to Odebrecht, the disgraced Brazilian construction giant whose downfall implicated four Peruvian ex-presidents.

Under six months later, and after being refused a vote of confidence, the current head of state dissolved the most despised Ccngress in the country’s history. The legal closure of a corrupt parliament – bought and paid for by the wealthiest Peruvian barons from banking and industry – was very popular. This turned Vizcarra into a widely accepted figure. But despite the encouraging anti-corruption momentum and years of sustained economic growth, vast inequality remained.

In Latin America, there’s a well-established tradition: a wealthy minority of European descent enjoys world-class clinics and doctors in their rich neighbourhoods, while the poor, dark-skinned majority die in overcrowded and understaffed hospitals and makeshift aid stations. Peru could easily be the historical epitome of that tradition. And in recent decades, people in the Global North may see similarities with the ‘austerity’ regimes of political and economic elites.

We have a dire example of a neglected social contract in the staggering 50% of Peruvian children who suffer from anemia, while tuberculosis, dengue fever, and many other diseases (new and archaic) still ravage poor communities every year. Around 4 million Peruvians lack safe drinking water, while 8 million lack adequate sanitation, underscoring the rather undemocratic nature of a general lockdown.

Even if sometimes touted as an economic ‘miracle’, the Peruvian state has been historically incapable of matching even the average amount spent every year in public healthcare by other countries in the region. In a stark comparison, Chile spends $1,171 per person while Peru spends just $436.

Back in April, before the world was shocked by news of dead bodies being left to rot on the streets of Guayaquil in Ecuador, an exodus was taking place in the highways of Peru as thousands decided to flee Lima for their native towns in the Andes on foot. They had no alternative as only scant economic aid was being slowly delivered by an ineffective government.

Just like in Ecuador, where austerity measures demanded brutal cuts in healthcare spending, the economic policies implemented in Peru since the 90s also follow the right-wing dogma with religious dedication. For the Peruvian business elite, employee benefits sound too “European”. The case of the Amazonian city of Iquitos paints a pitiful picture of the country as a whole: a couple or ruinous hospitals trying to serve hundreds of patients with 20 oxygen tanks, a few intensive care beds, and 80% or their workforce infected with coronavirus due to a chronic shortage of safety equipment. Now, young and inexperienced medical students are being sent to the frontline to face a similar fate.

According to Elmer Huerta, a very famous local doctor present everywhere on Peruvian radio and television, eight weeks of lockdown should’ve been enough, “but the problem was people’s behavior”. But people’s behavior was, in fact, totally predictable. With a population composed of around 74% informal workers and recent news of government aid reaching only a fraction of its intended recipients – while private corporations receive massive interest-free loans – it was easily foreseeable that millions of poor and middle-class Peruvians (many of them living hand to mouth for most of the lockdown) would break the isolation measures to go out and make a living.

As thousands of people fill hundreds of dangerous food markets every day trying to buy or sell basic products, the upward trend in new infections will surely continue.

With a high rate of testing, a highly contagious coronavirus should reveal itself extensively, despite many cases being asymptomatic. As the virus advances and hundreds of thousands of Peruvians join the lines of the asymptomatic, expanding the quarantine until July serves the purpose of buying time for an already collapsed – but greatly needed – public healthcare system.

Featured image via NIAID-RML and bobistraveling