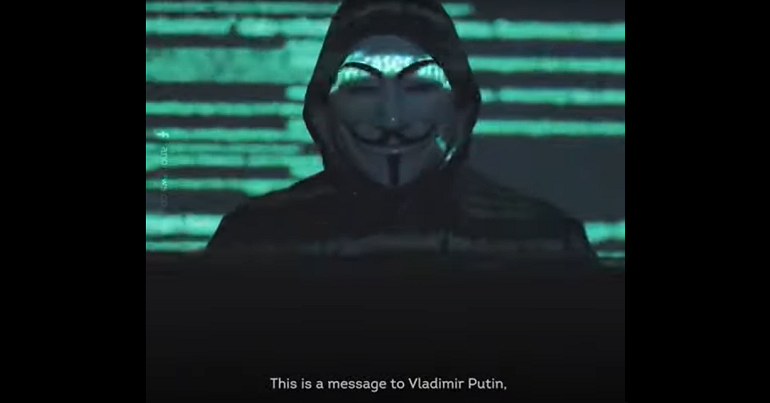 Content warning: this article includes an image of dead civilians

It now appears that the Russian military strategy is to lay siege to many of the towns and cities across Ukraine. This follows the targeted and systematic destruction of those towns and cities. That’s regardless of the lives lost, or the displacement of millions of Ukrainians to neighbouring countries. This is a war of terror and attrition. Its aim is to humiliate the Ukrainian leadership and demand total surrender.

Meanwhile there’s a report that an ‘international brigade’ of 16,000 Syrian soldiers are to head for Ukraine to support the Russian invaders.

The Russian people are being fed a diet of disinformation complemented by the shutdown of social media. However, cyber activists are helping to expose Vladimir Putin’s propaganda war to the Russian people.

One online facility enables anyone in the world to send an SMS message in Russian to random-generated phone numbers of people in that country. It cannot be thwarted by the Russian authorities, barring total disablement of the mobile phone networks.

Users can click on the ‘Send’ button in order to send a text. They can then click ‘New Text’ to create a different message. By clicking ‘Copy Text’, text can be copied and pasted in any translation facility to see the meaning of the message before sending.

The facility has the potential for millions of people, globally, to send messages about what’s happening in Ukraine to millions of Russians. Although as with any such facility, the possibility for misuse exists. Especially since there’s no way of monitoring the actual content of messages sent to Russian mobile numbers.

Another online tool that anyone can use is run by Mission Lifeline. This is an organisation that specialises in the search and rescue of refugees. The facility enables anyone to volunteer practical help to refugees, offer accommodation, or donate money.

Meanwhile, hacktivist network Anonymous has declared outright war on Putin and his henchmen. The group referred to “numerous government websites” it has taken offline:

In another message, Anonymous refers to Russian war crimes and urges Russian people to rise up and overthrow Putin:

For example, Anonymous claims it hacked the database of Roskomnadzor, a Russian agency that monitors, controls, and censors mass media, leaking 360,000 files.

Roskomnadzor threatened to block the following Russian news outlets: Ekho Moskvy, InoSMI, New Times, Novaya gazeta, Mediazona, and Dozhd. These outlets were accused of publishing “inaccurate information about the shelling of Ukrainian cities and civilian casualties in Ukraine as a result of the actions of the Russian Army”.

It’s claimed Anonymous also hacked a number of Russian state TV channels. The group then provided to the audiences of those channels footage of what’s happening in Ukraine. The channels include Russia 24, First Channel and Moscow 24 as well as streaming services Wink and Ivi.

The video in this tweet appears to show examples of footage Anonymous transmitted via the TV channels:

JUST IN: #Russian state TV channels have been hacked by #Anonymous to broadcast the truth about what happens in #Ukraine. #OpRussia #OpKremlin #FckPutin #StandWithUkriane pic.twitter.com/vBq8pQnjPc

And there’s also the claim that Anonymous-affiliated hacking group NB65 closed down the control centre of Russian space agency Roscosmos:

JUST IN: Hacking group 'NB65', affiliated with #Anonymous has shut down the Control Center of the Russian Space Agency 'Roscosmos'. #Russia has no more control over their own Spy-Satelites. #OpRussia#OpKremlin #FreeUkraine #FckPutin pic.twitter.com/1iZBDN48rw

The next day, Anonymous tweeted that it had closed down the entire Roscosmos website:

According to the Independent, the hackers claimed to have deleted confidential files regarding the agency’s satellite imaging and Vehicle Monitoring System. The head of Roscosmos has said that any attack on the agency would be regarded as an act of war.

Anonymous also claims it brought down Belarusian surveillance systems, with over 240 cameras sabotaged:

"A mistake made twice is a lesson not learnt." – Anonymous

According to CyberSecurity Mag, Anonymous has hacked into around 2.5k websites in Russia and Belarus as of one week ago. They included some high profile sites – for example, on:

February 25, Anonymous breached the Russian Ministry of Defence’s database and posted it online for Ukraine and the world to see.

In the days after that, posts by the account claimed responsibility for disabling websites belonging to the Russian oil giant Gazprom, the state-controlled Russian news agency RT, and numerous Russian and Belarusian government agencies, including the Kremlin’s official site.

On February 28, for several minutes, the websites of state news agencies TASS and RIA Novosti, the daily Kommersant, the pro-Kremlin newspaper Izvestia and the magazine Forbes Russia displayed a message calling for an “end” to the Russian invasion of Ukraine.

On February 26, the websites of the Kremlin, the Duma (the lower house of the Russian parliament), and the Russian Ministry of Defense were decommissioned in an attack also claimed by Anonymous on Twitter.

Russia has banned BBC Russia following restrictions on Sputnik and Russia Today in other countries. However, BBC Russia is now utilising the ‘dark web‘, making its Ukrainian and Russian news services available via Tor:

BBC News is available on the dark web in Ukrainian and Russian: https://t.co/KdCPfTTO7P

The BBC’s Russian news service will of course give its own slant on what’s happening. It can be accessed here from within a Tor browser. (Instructions on how to use Tor from an Android phone are available here, and instructions for an IOS phone can be found here.)

The BBC has also published a video explaining more about the ‘dark web’. It is used by journalists and whistleblowers, but also for “dangerous, illegal, and unethical” activities.

Meanwhile, there are more claims of alleged war crimes, with shelling of buildings in residential areas in cities across Ukraine.

One of the latest examples, allegedly committed by the Russian military, was an airstrike on a maternity hospital in Mariupol. The attack resulted in at least 17 injuries and three deaths:

A terrifying photo from #Mariupol, #Ukraine. A pregnant woman is being evacuated after the Russian airstrike at the maternity hospital. pic.twitter.com/pQ2uQGfMHp

This video purports to show the Russian military firing at a civilian car:

📌 Russian invaders fire at a civilian car with passengers inside! This is evidence for the Hague.

In a Google translation, Polish activist Michal Koloziejczyk claims that three children, trying to escape with their father from Irpin, were found dead (warning: graphic image):

According to the UK’s Ministry of Defence (MoD), Russia has confirmed its deployment of thermobaric launchers, known also as TOS-1a’s, on Ukraine territory:

The Russian MoD has confirmed the use of the TOS-1A weapon system in Ukraine. The TOS-1A uses thermobaric rockets, creating incendiary and blast effects.

Watch the video below for more information about this weapon and its devastating impact.

The Canary’s Joe Glenton pointed out that thermobaric bombs are held by the US and have been deployed by the UK, but “redefined” by the latter as an ‘enhanced blast missile’.

In February, Putin placed Russia’s nuclear forces on a “special regime of combat duty“.  There are fears from UK and US intelligence that Russia could also deploy chemical and biological weapons.

Christopher Chiwis writes for the ultra-conservative Atlantic Council. In an opinion piece for the Guardian he offers a terrifying and pessimistic view on the future directions of the war waged by Russia.

there are really only two paths toward ending the war: one, continued escalation, potentially across the nuclear threshold; the other, a bitter peace imposed on a defeated Ukraine that will be extremely hard for the United States and many European allies to swallow.

Arguably, both those scenarios could be refined if not dismissed. Not by the Kremlin or NATO, however, but by the Russian people – provided they have access to the facts about what’s really happening in Ukraine.

But to do that would mean revolution – a real revolution. And not just in Russia.