As Afghans dig through earthquake rubble, their wealth remains in the hands of US banks - Canary 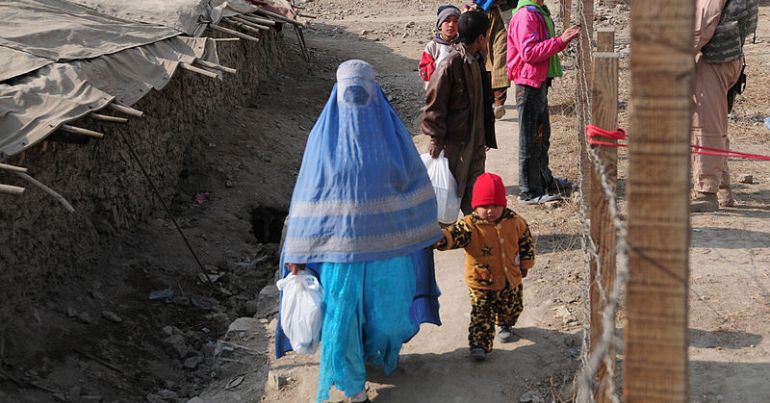 Afghans in the east of the country have spent several days digging through rubble, often by hand, following an earthquake. The disaster hit both Afghanistan and Pakistan on 22 June. Reports suggest up to 1000 people have died with 1500 injured. The 6 magnitude event is the deadliest to hit Afghanistan in two decades.

The Taliban government has asked for aid and US president Joe Biden is said to be monitoring the situation. National security advisor Jake Sullivan told reporters:

In the broader context, much international aid is focused on Ukraine. That makes any substantial reallocation at the request of an ‘enemy’ government like the Taliban seem unlikely.

Little was made of the US’s twenty year occupation of Afghanistan. The military operation there ended in 2021 with the collapse of the US-backed government in the face of a rapid Taliban advance. Over a short period of time thousands of foreign national and military personnel were airlifted out of the country from Kabul.

There seems to have been little serious reflection at the top policy levels in the US and UK. But Joe Biden did freeze billions of dollars of Afghanistan’s wealth in US banks.

At the time it claimed this was for the benefit of Afghans:

The Administration will seek to facilitate access to $3.5 billion of those assets for the benefit of the Afghan people and for Afghanistan’s future pending a judicial decision.

Some of the frozen cash seems set to be paid to the families of 9/11 victims. A decision which even some US commentators judged to be cruel:

…this is money that belonged to the internationally recognized and legitimate Afghan government that was established by the United States and other international partners after the U.S. invasion.

That government came into existence after the terrorist attacks, so it clearly had nothing to do with those attacks.

And as The Intercept argued:

The problem is one of basic economics: Seizing the central bank funds has brought economic activity to a standstill.

But even before the US withdrawal, Afghanistan was one of the world’s poorest countries. Withholding the population’s money just risks plunging people into deeper destitution. This can only be made worse in the face of disasters like the latest earthquake. And, if the Biden administration is, as it claims, genuinely interested in helping Afghans, it should stop holding onto their cash.