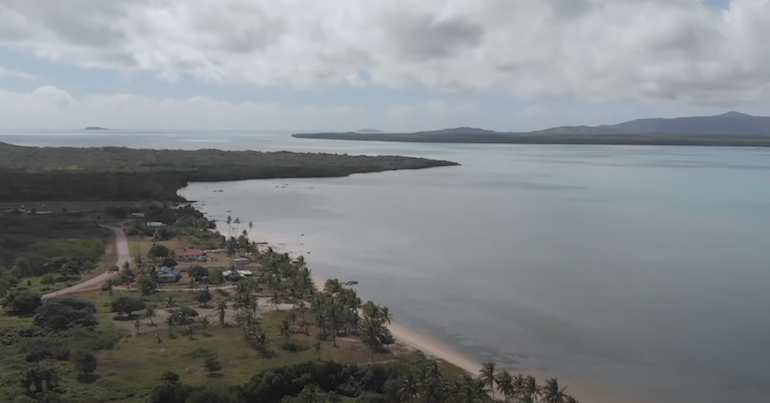 A group of people from the Torres Strait Islands won a massive victory on 23 September. The UN Human Rights Committee ruled on a complaint they made against the Australian government over climate harms. In a historic decision, the committee found that Australia has violated the islanders’ human rights with its inaction on the climate crisis.

The Torres Strait Islands lie off the northernmost part of Queensland. As low-lying islands, they are highly vulnerable to the impacts of global warming.

In 2019, eight of the indigenous islanders made a complaint to the UN Human Rights Committee against the Australian government. They argued that the country’s inaction on the climate crisis violated their rights to life, family and culture. The case cited both Australia’s inaction on greenhouse gas emissions reduction and climate adaptation measures. It also highlighted the effects of climate change on the islands, including the degradation of land through changes in weather patterns and rising sea levels. This has impacted the islanders’ food supply, livelihoods and spiritual practices.

The complaint has made history as the first legal action brought by climate-vulnerable people from low-lying islands against a nation state. According to ClientEarth, an environmental law charity, the Australian government pushed back against the action, twice calling for the complaint to be dismissed. The charity’s lawyers represented the claimants.

Climate crisis inaction is a violation

The committee’s decision, delivered on 23 September, largely found in the complainants’ favour. It agreed that Australia had breached its human rights obligations under the the International Covenant on Civil and Political Rights. This is the global human rights treaty that most UN member states, including Australia, have ratified. The committee’s decision found that Australia had violated the islanders’ right to family life and culture, although not their right to life.

Following the decision, one of the claimants, Nazareth Fauid, said:

This is a happy moment for me. I can feel the heartbeat of my people from the past, to the present and the future. Our stories are echoing across the world.

This is about protecting our culture and identity. Our people living in the low-lying islands have been struggling and suffering because of climate change and the decisions of others.

I’m lost for words. I feel like a huge weight has lifted off my shoulders. I’m so proud and appreciative of everyone involved from the very start to now. This has given us Torres Strait Islanders more solid ground to stand on now.

ClientEarth pointed out that the decision made history in a number of ways. For example, it’s the first time that an international tribunal has found that poor climate policies amount to human rights law violations. The Center for International Environmental Law  (CIEL) also highlighted that:

This is the first-ever opinion from an international human rights body upholding the State duty to protect people under its jurisdiction from the impacts of climate change and to compensate and remedy climate-related harms.

The UN committee has instructed Australia to provide compensation to the claimants. It also called on the government to take action to provide for the islanders’ safety.

Australia’s attorney general Mark Dreyfus has said that the government engages in “good faith” with such complaints and will respond in due course. The complaint was launched under the previous government, led by Scott Morrison, who was notoriously poor on climate crisis action.

CIEL described the committee’s request that Australia remedy the situation as a “precedent” that:

bolsters demands for State action on climate-related loss and damage and lays the foundation for future claims by other communities suffering from the impacts of climate change, many of which are irreversible.

Alongside laying the foundations for future claims, the committee’s decision will undoubtedly provide hope to those fighting legal battles around the world over climate change. Many of these cases are also on human rights grounds.

Moreover, reparations for loss and damage are a central agenda item at the upcoming climate conference, COP27, in Egypt. This refers to the financial support that those mainly responsible for the climate crisis, namely rich countries, owe to those facing the brunt of its impact. As such, the ruling couldn’t have landed at a more appropriate time.