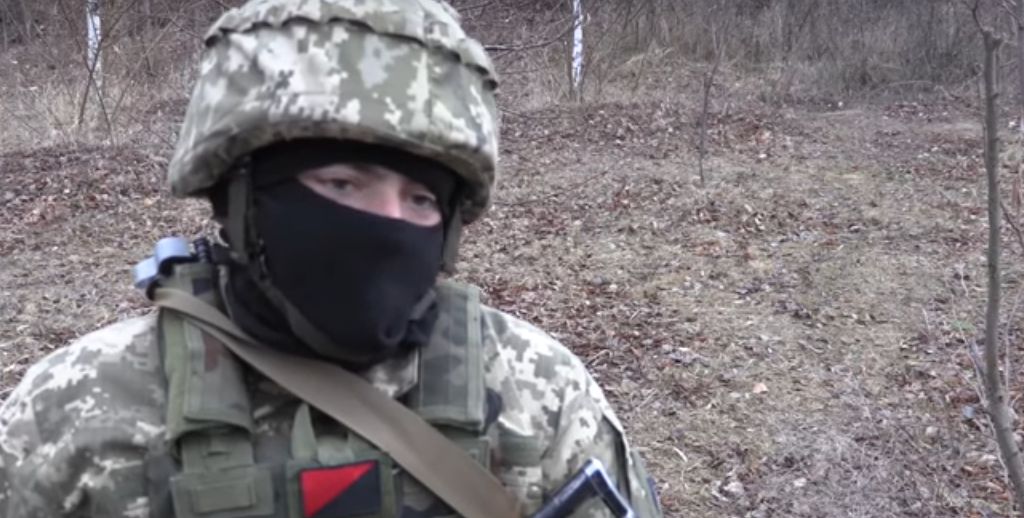 Within the Russian population there’s resistance against Vladimir Putin’s war. The Canary has tried to highlight this resistance by amplifying grassroots movements. Critically, it’s important that our ‘left’ alliances don’t result in us talking over voices on the ground in Russia.

Activists in the resistance describe themselves as anarchists, anarcho-syndicalists, anarchist-communists, or libertarian socialists/communists. Recent interviews with Russian – and Ukrainian – activists help provide an insight into the resistance, as well as into Putin’s Russia.

Given Ukraine is backed by NATO, it’s not surprising if many on the left may adopt an ambivalent stance regarding the Russian invasion. But as the Canary’s own Joe Glenton said in an article published just 48 hours after that invasion:

It’s long past time for some of us to update our software on Russia/NATO antagonism.

Two Ukrainian anarchists – Anatoliy Dubovikhave and Sergiy Shevchenko – commented on that and other matters concerning the invasion. They were interviewed by Yavor Tarinski of the Greek libertarian journal Aftoleksi, republished in English by the London-based Freedom.

Dubovikhave and Shevchenko explained that they were members of Revolutionary Confederation of Anarchist-Syndicalists (in Russian, RKAS), which for many years was:

involved in the labour movement, the student movement, we had a significant influence on the independent trade union movement, especially among the Donbas miners, where RKAS representatives participated in local and regional strike committees. We participated in a pan-Ukrainian movement to protect workers’ rights and oppose the deterioration of labour legislation.

After the Russian invasion of Ukraine, RKAS had to change tack, adopting armed resistance against the aggressors. Dubovikhave and Shevchenko also train volunteers in “unofficial military organizations, from which territorial defense units later emerged”. Moreover, within the Ukrainian armed forces, soldiers have set up anarchist committees.

With regard to those on the left who support Putin, Dubovikhave and Shevchenko explain:

The left sees Putin’s Russia as an alternative to NATO, as a rival to NATO. In a sense, they are right: Russia is indeed opposed to NATO. But they do not see, and do not want to see, that the Russian alternative means only a desire to pursue its own, independent but equally (if not worse) imperialist policy.

They say such ‘leftists’ are “idiots”.

It suffices to say that throughout the existence of the independent Ukrainian state, there has not been a single political anarchist prisoner here. At the same time, many dozens of our comrades in Russia ended up in Russian prisons – guilty solely for their anarchist convictions.

But they remain optimistic, referring to a number of non-state self-organized initiatives in Ukraine:

They deal with a variety of issues, from helping refugees and guarding small communities to supplying the military with everything they need. In this sense, Ukraine today follows anarchist practices more than many other societies in the world.

Aftoleksi also published a video by film-maker and independent journalist Alexis Daloumis, who interviewed Russian, Ukrainian, Belarusian and Polish anarchists and anti-authoritarians. The main issues addressed include Russia’s claim that the invasion is about ‘denazification’, what’s really happening in Donbas, and the politics surrounding the involvement of NATO:

Resistance by its nature comes in various forms. Back in March, the Canary reported that Ukrainian anarchists had set up an “international detachment to resist the Russian invasion”.

Freedom also published an interview the Polish 161 Crew did with a member of the Ukrainian Operation Solidarity (OS). OS was set up by anarchists and libertarian socialists to support anti-fascists, anti-authoritarian activists, and leftists in their armed struggle against the Russian occupation.

Like Dubovikhave and Shevchenko, OS made it clear why the left should not support Putin:

Putin calls his actions “denazification” and “anti-fascism” – that’s absolute bullshit. Anti-fascists don’t bomb children and old people, they don’t throw thermobaric bombs at civilians or use phosphorus, they don’t leave or burn the bodies of soldiers on purpose so as not to have to pay their families any money, they don’t use own people as cannon fodder. We don’t destroy cities and leave scorched ground.

The Canary has previously published details of mass anti-war protests, cyber attacks on Russian sites, and acts of sabotage.

Ukraine is no stranger to armed struggle and has a proud history of resisting totalitarianism. For example, anarchist insurrectionist Nestor Makhno led the 100,000 strong Revolutionary Insurgent Army of Ukraine (RIAU). The RIAU fought a campaign against the Bolsheviks in the aftermath of the Communist revolution.

In an article in CrimethInc, published before Putin’s invasion, Ukrainian anarchists provided a brief history of resistance in Ukraine. They pointed out how during the occupation of Crimea, Russian authorities detained and tortured several anarchists.

One anarchist group mentioned – Autonomnyi Opir (Autonomous Resistance) – was inspired by the Zapatistas (Mexican revolutionary anarchists) and the Kurds.

Resistance invariably also means providing prisoner support. Autonomy is the website of Autonomy Action, an organisation of anarchists and libertarian communists that’s now in its 20th year. Since 2007, it has also hosted news and updates from the Moscow section of the Anarchist Black Cross (ABC). The latter provides support to prisoners, such as finding and paying for lawyers, supplying books and food packages, etc.

In September, Autonomy published an interview with Moscow ABC (who translated it into English). In that interview, Moscow ABC explained how some people are jailed for spreading ‘fakes’, i.e.:

the dissemination of any information about the actions of the Russian Armed Forces that differs from the official version.

Moscow ABC also assists Solidarity Zone, an initiative that provides a similar service to that of the ABC. In May, Autonomy published a list of anti-war prisoners supported by Moscow ABC.

Autonomy also provides updates on anti-war and anti-state prisoners. These include Belarusian anarchists charged on a number of offences, who were sentenced to 5 to 17 years, and the arrest and torture of anti-fascists in the Urals, variously accused of possession of weapons and explosives.

Another site, Rupression, offers prisoner support specifically on a case involving eight people who were arrested in 2017-18. They were accused of being part of a terrorist organisation and were viciously tortured.

The International Workers Association in Russia

In 1989, my partner and I – both members of the London ABC and the UK section of the anarcho-syndicalist International Workers Association (IWA) – took the risk of travelling to the Soviet Union to meet a group of people who wanted to set up a Russian section of the IWA.

As it was, it turned out to be a fruitful meeting. Some 33 years later, at the commencement of Putin’s invasion of Ukraine, the IWA in Russia issued a statement urging the Russian military to mutiny and Russian people to take strike action. Mutinies and acts of sabotage were subsequently reported, although there are no reports of strikes. Meanwhile, on-the-ground resistance against Putin’s imperialist aggression continues.