Capitalist hedge funds made a killing off Lula's election battle 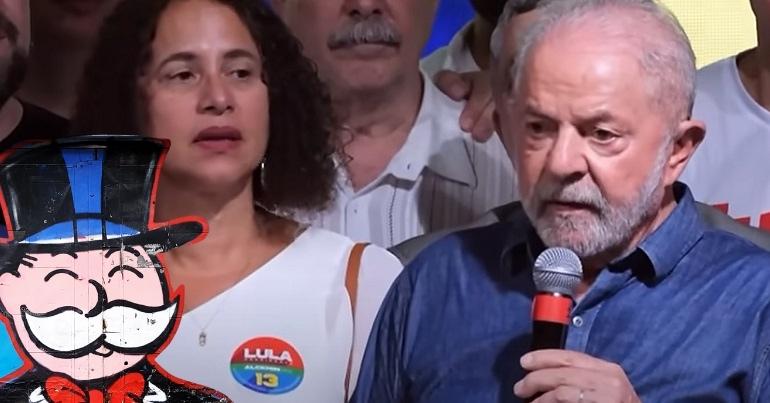 Brazilian president-elect Luiz Inácio Lula da Silva has already started the business of governing, with meetings already lined up to try and secure his proposed left-wing agenda. However, behind the scenes, it’s emerged that a hedge fund made huge money betting on the elections – showing that even when the public elect socialists, capitalism still manages to win.

As Agence France-Presse (AFP) reported, Lula will be inaugurated for a third term on 1 January 2023. However, he is facing a far tougher outlook than the commodities-fuelled boom he presided over in the 2000s. Lula celebrated his win over far-right incumbent Jair Bolsonaro in the October 30 runoff election by holidaying in Bahia. He joked he needed a belated honeymoon with his first-lady-to-be, Rosangela “Janja” da Silva. However, AFP noted that according to analysts, his other honeymoon – the political one – could be short

Lula met with advisers on Monday 7 November in Sao Paulo. Later in the week, he will travel to the capital – Brasilia – to start negotiating with members of Congress. He faces a battle to get bills passed in a legislature where conservatives scored big gains in October’s elections. Lula’s coalition has around 123 votes in the 513-seat Chamber of Deputies. It also has 27 seats in the 81-seat Senate. This means he will have to strike alliances to get anything done.

Lula is expected to meet with lower-house speaker Arthur Lira in Brasilia. He is a key Bolsonaro ally from the loose coalition of parties known as the “Centrao”. It is a group known for striking alliances with whoever is in power – in exchange for feeding off the federal budget. Analysts say Lula will be under pressure from the Centrao not to oppose the so-called “secret budget”. This is 19.4bn reais (£3.3bn) in unmonitored federal funding. Bolsonaro agreed to allocate this money to select lawmakers. This was in a bid to boost support for his re-election.

Meanwhile, money will be tight for Lula’s campaign promises. These included increasing the minimum wage and maintaining a beefed-up 600-reais-per-month welfare programme, “Auxilio Brasil”. Bolsonaro, who introduced the programme, did not allocate sufficient funding to continue it in the 2023 budget.  Lula’s allies are exploring their economic options, including passing a constitutional amendment allowing exceptional spending next year. However, this must be approved by 15 December.

We can expect not-totally-orthodox economic policy, but which maintains a certain level of fiscal discipline

Though Bolsonaro was the capitalists’ favourite, they reacted favourably to Lula’s win. Little wonder that against this backdrop, a hedge fund won big off Lula’s victory.

As Bloomberg reported, Norte Asset Management is a hedge fund launched during the coronavirus (Covid-19) pandemic by former Credit Suisse and HSBC employees. During the Brazilian presidential election, it bet that the price of a state-owned water company would go up. Essentially, Norte put money on the idea that a socialist business would be worth more if Lula was elected. And the hedge fund was right, as it saw its returns go up by 17%. Its founder Gustavo Salomao said:

This was a quite different electoral cycle from the one you usually get in Brazil, where markets have a clear favourite. Investors slightly favoured Bolsonaro, but they were much more divided this time.

Norte was not the only hedge fund to make gains off the back of Lula’s election. Two others both made gains of over 10%. There’s an interesting irony in the fact that capitalism always warns the public socialism is bad – Jeremy Corbyn’s tenure as Labour leader showed this. And yet when push comes to shove, the system is eager to make money off the system it denigrates.