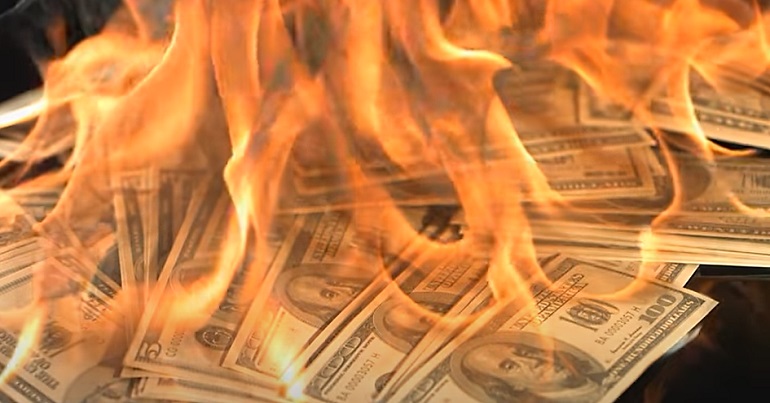 The fat cats running London’s biggest listed companies increased their pay by more than double the rate of UK inflation. A lot of the increase was on boss’s bonuses – as workers struggle to make ends meet.

Accountancy firm Pricewaterhouse Coopers (PwC) has completed its annual survey on fat cat pay. As Agence France-Presse (AFP) reported, it found that total compensation for CEOs at FTSE 100 firms jumped by nearly 22%. It averaged £3.9m in 2021/22 compared with the previous 12-month period. A spokesperson for PwC said:

The increase in executive pay and bonuses highlights that FTSE 100 companies were boosted by businesses opening up and demand returning after the pandemic. However, looking forward… higher pay outcomes are likely to be met with greater investor scrutiny, particularly in the context of rising inflation and pay increases across the workforce.

The coronavirus (Covid-19) pandemic meant that some companies’ values fell – British Airways, for example. But for others – such as Tesco – profits soared. Some companies froze CEO pay. However PwC said that the proportion of CEOs with salary freezes this year fell to 15% from 43%.

However, while bosses rake it in, their workers and others are struggling.

UK annual inflation is at a four-decade high, standing at above 10%, while a majority of the country’s workers are receiving pay increases far below this level. Workers across various sectors have gone on strike across Britain this year in a bid to secure pay rises matching inflation. The National Union of Rail, Maritime and Transport Workers (RMT) and its members were striking over dire pay. Meanwhile, the Royal College of Nurses (RCN) are also going on strike – and the National Education Union (NEU) is currently balloting its members.

But it’s the Communication Workers’ Union (CWU) which best sums up the situation with fat cat pay. Its workers at Royal Mail are striking over a below-inflation pay cop-out. However, at the same time, the company’s CEO Simon Thompson took over £750,000 in salary and bonuses. It is exactly this kind of disparity which the PwC report shows.

Over the past decade or so, investors have started to take a tougher line on executive pay,

However, the group also said that pay awards of £3-4m for most CEOs amount:

to pay over 100 times that of the typical UK worker, historically very high in the context of the past half century. The effect of investor scrutiny has been to contain pay gaps rather than significantly reduce them.

Bosses earning far more than workers is hardly new. But the latest PwC report comes in the middle of a cost of living crisis – and while the Tory government is still planning on scrapping the bankers’ bonuses cap. Unless bosses have the moral backbone to pay workers well before feathering their own nests, then strikes will continue to happen – and rightly so.