NHS nurses tell the Canary the Labour Party must support them 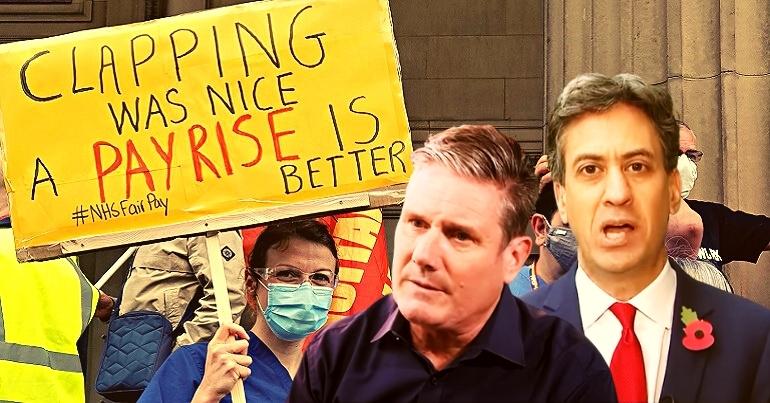 It looks like the Royal College of Nurses (RCN) union will be striking across the UK. After it balloted 300,000 members, the union has indicated the result was a ‘yes’ to walkouts. The strike may be the biggest in the RCN’s history. However, so far the Labour Party leadership has not supported NHS nurses’ action. Nurses, meanwhile, have told the Canary they “expect” Labour to support them.

As the Guardian reported, the RCN is saying that the result of its ballot will mean strikes before Christmas. The industrial action is over appalling pay and working conditions, as Tories have inflicted a £4,300 real-terms cut to nurses’ pay since 2010. The Guardian noted that one RCN source said:

This will see the majority of services taken out, and picket lines across the country.

The RCN will protect life-critical services from the strike. This includes A&E and critical care – but otherwise most other services will be hit. As the Guardian reported:

The counting of the RCN ballots is continuing, but officials expect to announce shortly that the majority of nurses in some of the UK’s main trusts and health organisations have voted to strike.

So, the Canary spoke to one campaigner and frontline NHS nurse. She told us her and her colleagues have had enough.

Nursing staff have made history by voting for a national strike with the RCN. There has been a dramatic shift in mood and union engagement over the past 12 months. These results are evidence of that. NHS workers are angry, and they are focused on getting organised to win change for themselves and their patients. The results are a testament to the hard work of activists across the UK who have not given up, despite campaigning alongside working in full time clinical roles in unsafe and emotionally gruelling conditions.

Turner didn’t mess around when it came to what nurses faced. She noted that:

The media onslaught has begun. But we are ready for that. We know why these strikes are necessary, and we won’t be guilted or cajoled into giving up by the right-wing press and Tory mouthpieces.

What we now need, and expect to see, is full support from the opposition, labour movement and class solidarity to support us in our fight.

However, so far this hasn’t happened.

The Labour leadership has not stated whether it supports the RCN strike or not. Back in October, Keir Starmer said:

On NHS workers’ pay, he said that was a:

question for each of the negotiations, exactly where it lands

And in recent days, Starmer showed his dog-whistle racism by saying there should be fewer foreign-born nationals working in the NHS. But as of 12pm on Monday 7 November, he had not commented on the RCN strike.

nobody wants to see a strike go ahead, including nurses

Ed Miliband is asked: "Do you back the nurses in this strike action". Ed refuses to say yes.

It's disgraceful that Labour won't support workers taking industrial action after their pay has been cut by 20% in real terms since 2010 & who are facing another huge real terms cut now pic.twitter.com/2VB4JdkpfL

NHS workers deserve all our support. It’s a damning indictment of the current Labour leadership that so far, no-one will come out and say as much.