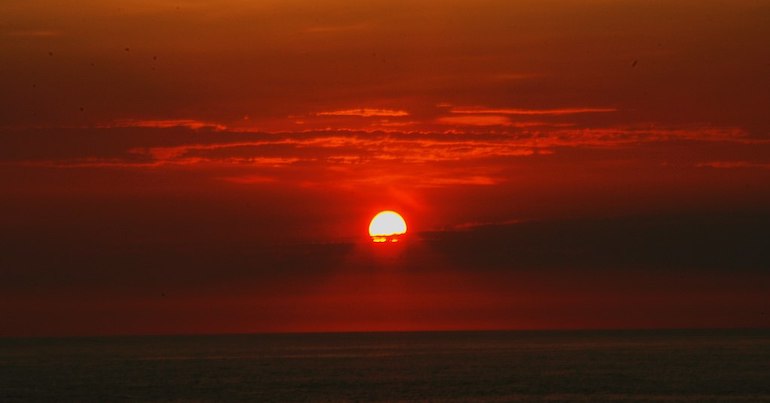 The Mexican government announced a ban on solar geoengineering experiments in its territory on 17 January. The move came after a private company carried out such climate-manipulating experiments in Mexico without the country’s consent.

Geoengineering refers to manipulation of the climate and the Earth’s natural systems in pursuit of a desired effect. Amid climate breakdown and inadequate action from policymakers to tackle it, the idea has gained increasing prominence as a technofix for global warming.

Fathoming ways to vacuum carbon directly out of the atmosphere at scale is one example. Solar geoengineering is another. It refers to manipulations that aim to dial down the amount of solar radiation that reaches the Earth. Theoretically, one way of achieving this is to release certain aerosols into the atmosphere, such as sulphur dioxide, known as stratospheric aerosol injection (SAI).

On 17 January, the Mexican government announced that it will not allow solar geoengineering in its territory. The Ministry of Environment and Natural Resources said that relevant departments will take action to protect communities and natural environments by prohibiting and, where necessary, stopping any experiments.

As Climate Home News reported, officials didn’t provide detail on specific actions it would take in this regard, aside from indicating that action would involve scientific reports and a public information campaign.

Scientists have warned that SAI deployment comes with high potential risks. One study indicated that only deploying it in one part of the world could trigger droughts and hurricanes elsewhere due to its impact on the tropical jet stream. Another study contradicted this, however, suggesting that it could be possible to strategically deploy the technology, namely aiming to only halve global warming with SAI, to limit such impacts.

The impacts SAI could have on crop growth and the lives of wild animals are also an open question.

Mexico’s announcement effectively serves as a warning shot to a company called Make Sunsets. In December, it claimed to have carried out small-scale SAI experiments in Mexico. As MIT Technology Review reported, the company said it had released a couple of “weather balloons” in the state of Baja California, to try and pump a few grams of sulphur particles into the atmosphere.

Make Sunsets makes bold statements about its initiative, claiming to be able to scale up its operations to “offset” global warming in its entirety. The company is also selling $10 “cooling credits” for its balloon releases. Each credit apparently buys one gram of the particles being released into atmosphere, which the company claims will “offset the warming effect of one ton of carbon for one year”, according to MIT Technology Review.

That’s the theory, at least. The company doesn’t actually know where the particles and its balloons have ended up because it didn’t monitor the initial experiments post-release. Moreover, MIT Technology Review spoke to experts who indicated that Make Sunset’s claims about what its credits can do lack a credible scientific basis.

Groups concerned by the dangers that geoengineering could pose welcomed the Mexican government’s announcement. Lili Fuhr is the deputy director of the Center for International Environmental Law’s (CIEL) climate and energy program. Fuhr warned that:

Make Sunsets’ launch of unauthorized geoengineering experiments for private profit demonstrates both the urgent threat of rogue geoengineering and the deeper risks of the rising reliance on geoengineering to counter some of the effects of climate change.

Experiments like the ones run by ‘Make Sunsets’ will lead us down a slippery slope towards deployment. Solar geoengineering is too risky and ungovernable to pursue.

The time is not now

As the Mexican government indicated in its announcement, there is currently a non-binding global moratorium on geoengineering deployment. Some attempts at use have occurred, such as a planned SAI test in Sweden in 2021. Pressure from the indigenous Saami people and others stopped this taking place.

But plans and calls for research into geoengineering and the governance mechanisms it needs, have ramped up over recent years. There appears to be little complete consensus among scientists on whether research should happen or not. Some are open to or actually moving ahead with research. Hundreds of others have signed an open letter raising “alarm” over such research that calls for an international non-use agreement on solar geoengineering.

What most researchers seem to agree on is that deployment isn’t remotely advisable at present. Following Mexico’s announcement, CIEL called on other governments to follow suit. In light of scientists’ concerns and the fact that private companies are now taking matters into their own hands, its arguably incumbent on governments to do so.

Featured image via Esparta Palma / Wikimedia, cropped to 770×403, licensed under CC BY 2.0