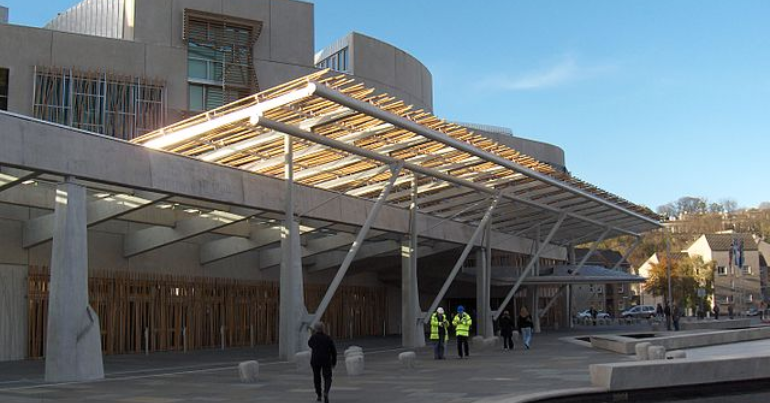 On 17 January, the UK government released the list of its stated reasons for using veto powers against the Scottish parliament. The unprecedented move blocked the new Gender Recognition Reform (GRR) Bill, which would otherwise remove requirements for gender dysphoria diagnosis in order to obtain a Gender Recognition Certificate (GRC).

The choice to activate the Section 35 powers was voted in by 318 Westminster MPs to 71, with all but 11 Labour MPs abstaining. This is the first time the provisions it sets out have ever been exercised in the history of Scotland’s devolution. At a time when the union between Scotland and the rest of the UK has rarely been more fraught, the veto is likely to be taken as an unacceptable overreach from London.

Holyrood is free to mount a legal challenge against the use of Section 35. First minister Nicola Sturgeon has already indicated that she intends to do so:

What I can say in general is that we will absolutely, robustly and rigorously and with a very, very, very high degree of confidence, defend the legislation.

Here, the Canary presents part one of a breakdown of Westminster’s reasoning behind the use of the never-before-exercised powers.  This comes against a backdrop of increasingly vehement transphobia from across the British government – and the very makeup of the United Kingdom could be at stake.

Section 35 of the 1998 Scotland Act essentially functions as a veto power for the Scottish secretary – currently Alister Jack:

The power is exercised through a negative statutory instrument presented to the UK Parliament, which would provide a legal instruction to the Presiding Officer of the Scottish Parliament not to present a bill to the King for Royal Assent. This would mean that although the Scottish Parliament has passed the Gender Recognition Reform Bill, it would not become law.

The powers are intended as a “matter of last resort”. The conditions for their use are quite exacting:

Section 35 can be used in two different situations, where the Scottish Secretary has “reasonable grounds to believe” that a Holyrood bill:

Here, the phrasing “reasonable grounds to believe” is important. It does not have to be the case that the veto is a proportionate reaction from Westminster, for example. Instead, it only matters that the Scottish secretary has good reason to believe there would be adverse effects from passing the GRR Bill to king’s assent. This is called ‘Wednesbury unreasonableness’.

The UK government’s policy paper on its use of Section 35 is arranged into four sections. The first is a statement of the effects of the GRR Bill itself, and the three subsequent sections group together the reasons for the use of the powers. The first of these clusters of reasons pertains to the Bills possible effect on reserved matters.

A reserved matter is an aspect of law which can only be decided by the UK government as a whole. These usually have an international scope, or affect the UK itself as a whole. They contrast with devolved matters, which Scottish parliament is free to determine. The most obvious example of a reserved matter that self-ID in Scotland might impact upon is equal opportunities law.

The GRR Bill itself states plainly that it does not affect the 2010 Equality Act (EA), which is the mainstay of our equal opportunities provisions. However, the UK policy document seeks to circumvent this statement by pointing to impacted laws which would in turn affect the 2010 Act. It argued that the Bill “modifies the 2004 Act” (i.e. the Gender Recognition Act, GRA), and therefore:

The reserved matter to which that law applies is (at least primarily) “equal opportunities”.

The modified law (the 2004 Act) applies to the reserved matter (equal opportunities) through its inter-relationship with the Equality Act 2010 (the 2010 Act).

Westminster stated that the EA 2010 was “carefully drafted” in light of the fact that the GRA changes one’s legal sex “for all purposes”. As such, the GRR Bill would alter the “careful balance” of the limits of the GRA.

Different GRC regimes across the UK

It is highly problematic both in principle and practically for a citizen of the UK to have a different gender, and legal sex (including for the purposes of the 2010 Act), depending upon where they happen to be within the UK, and which system of law applies to them.

It could, however, be pointed out that the UK has previously had matters of equal opportunity that are recognised unequally between different member countries.

For example, same-sex marriage was legalised in the UK in 2014, whereas it only became legally recognised in the North of Ireland in 2020. Before that point, it was possible for a gay couple to be married in London, only for their marriage not to be considered valid in Derry, for example.

The policy document also argued that single-sex clubs or associations might be jeopardised. It contended that it would be problematic that:

a UK wide, single-sex club or association could have different membership in different parts of the UK

This, however, may neglect the fact that the EA already makes exceptions for the exclusion of GRC holders from sex-segregated spaces. The 2010 Act:

provisions for sex-segregated services, competitive sports and occupational requirements allow for the exclusion of people with the protected characteristic of gender reassignment, where their exclusion can be objectively justified. Anyone holding a GRC would be protected by the characteristic of gender reassignment, but this is not reliant on having a GRC.

With this exemption already in place, where justified, the UK government may struggle to build an argument from the need to protect sex-segregation.

So, we’ve now examined the potential impact on broader equality law, seen an example of the previous existence of differing status across borders, and considered sex-segregated spaces. It is potentially possible that Westminster is mistaken in its reasoning for the use of Section 35. This would in turn be proof of the UK government’s overreach, with potentially disastrous consequences for the union. It also adds to the growing list of openly trans-hostile actions taken by the UK government.

Part two of this analysis will deal with the remainder of the policy document. This features the potential impact on IT infrastructure, taxes and pensions; further impacts on the EA, such as for equal pay; and any new issues arising.

Featured image via Wikimedia Commons/Matthew Ross, licensed under Public Domain use, resized to 770*403