MPs try to block a groundbreaking vote for women. They lose. - Canary 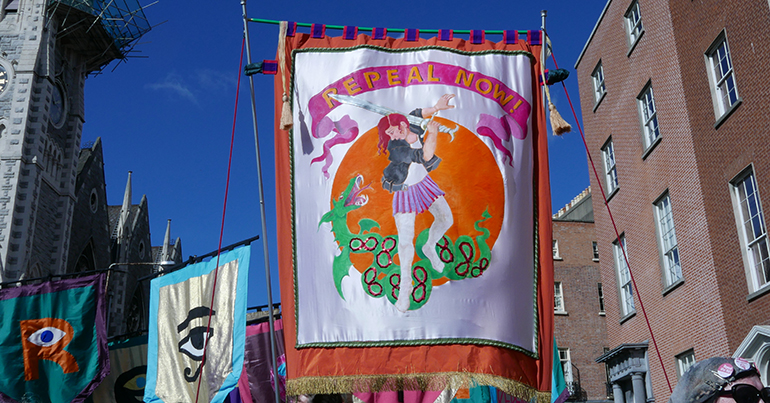 The Irish parliament passed the abortion referendum bill on 21 March. TDs (Teachta Dála – Irish MPs) voted by 110 to 32 votes in favour of the bill. 21 of the 32 votes against the bill came from the opposition and conservative party Fianna Fáil.

What the vote means

This amendment equates the right to life of the unborn child with that of the mother. It has been a source of controversy, particularly since the death of Savita Halappanavar in 2012. Ireland has received international criticism for its position.

Irish MPs expressed concern that 32 of their peers voted against the bill. Like the DUP and Conservative Party deal in the UK, Fianna Fáil has a ‘confidence and supply’ arrangement with minority governing party Fine Gael.

Recent opinion polls show approximately 50% of people in Ireland are currently in favour of access to abortion. Prior polls have shown majority support. Government ministers also appear to favour reform on abortion law.

This represents a change since 1983, when people voted overwhelmingly to restrict abortion. But Repeal Eight campaigner Emma Hendrick told The Canary she hopes the referendum succeeds by a large majority to ensure proposed legislation is not “rowed back on”.

In addition to the 32 TDs who voted against the referendum, there is opposition from other quarters too. Former taoiseach (Irish prime minister) John Bruton opposes abortion and supports the eighth amendment. The pro-life movement also brought thousands onto the streets of Dublin on 10 March to support the eighth amendment.

When referendum will take place

Repeal Eighth campaigners have expressed fear that the referendum could be held close to Pope Francis’s visit to Ireland in August. The government will confirm the referendum date when Ireland’s senate debates this bill. But it may possibly take place before the end of May.