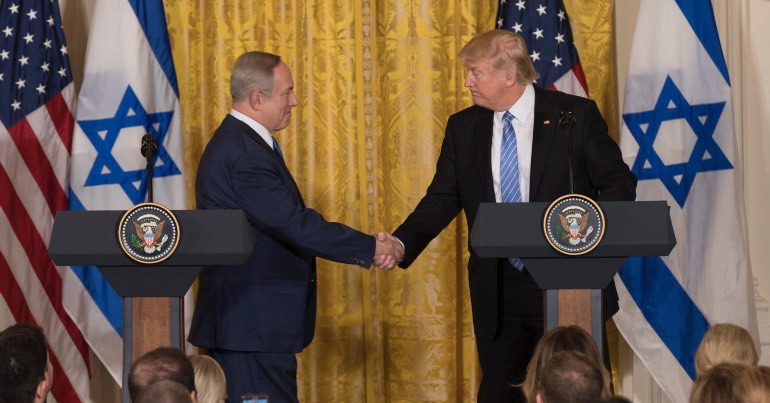 Donald Trump has announced on Twitter that it is time to recognise Israel’s authority over the Golan Heights. Israel captured the land from Syria during the Six-Day War in 1967. Since then it has occupied the Golan Heights and built settlements there. As a result, the international community has never recognised Israel’s authority over the territory.

Trump said that the US will “fully recognize Israel’s Sovereignty over the Golan Heights”:

After 52 years it is time for the United States to fully recognize Israel’s Sovereignty over the Golan Heights, which is of critical strategic and security importance to the State of Israel and Regional Stability!

Danny Danon, Israel’s ambassador to the UN welcomed Trump’s statement. He wrote on Twitter that “the Golan Heights is an inseparable part of Israel”. As Haaretz reported, the Israeli prime minister is expected to visit Washington next week.

In response to the statement, a source at the Syrian foreign ministry told the state news agency that:

the US stance towards the occupied Syrian Golan clearly reflects its contempt for international legitimacy.

The source went on to say Trump’s statement:

will never change the fact that the Golan was and will always be a Syrian Arab territory.

International law does not recognise Israel’s occupation of the Golan Heights – in particular, UN resolutions 242 and 497. Both resolutions state “the acquisition of territory” by force is not legal. And resolution 497 also specifically declares:

that the Israeli decision to impose its laws, jurisdiction and administration in the occupied Syrian Golan Heights is null and void and without international legal effect.

Because of Israeli actions, a UN peacekeeping force has been in the Golan Heights since 1974. At the moment, the UN has 1,060 personnel deployed there. This includes soldiers from Nepal, Fiji, India, and Ghana. Also deployed there are 130 Irish soldiers. They have come under attack a number of times. This includes attacks by militants linked to Al Qaeda.

Journalist Robert Fisk has previously pointed out the role of Irish peacekeepers in the region since 1978. And as a result, he described them as “probably the most experienced peacekeepers” the UN now has.