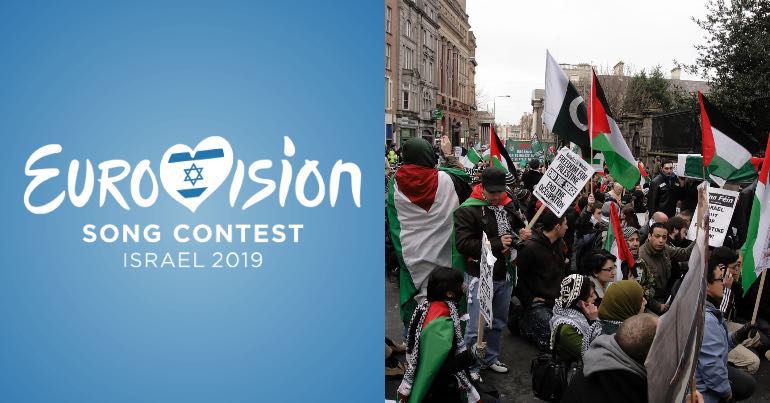 Activists have delivered a petition to Ireland’s Eurovision Song Contest entry calling on her to pull out of the event.

Sarah McTernan is due to perform in the semi-final of the competition in Tel Aviv on 16 May. The petition asks McTernan “to stand on the right side of history” and boycott the competition. According to the Ireland Palestine Solidarity Campaign (IPSC), around 7,000 people signed the petition.

Irish LGBTQI+ activists previously appealed to McTernan to pull out of the competition.

The petition argues that McTernan must:

listen to the call from Palestinian artists, journalists and civil society organisations for people of conscience to refuse to take part in the Eurovision Song Contest in Israel due to that state’s oppression of the Palestinian people.

Because of this, the organisers of the petition are “respectfully asking” her to boycott the competition.

They also pointed out to McTernan that she will be performing for members of the Israeli military. The authors argued that the UN found these same people responsible for deliberately targeting civilians in Gaza. And as a result, they insisted that:

it should be unconscionable for any artist representing Ireland to be entertaining members of this military just a few miles down the road.

Standing up to injustice or ‘choosing the side of the oppressor’

The authors of the petition also noted that:

Ireland has a proud tradition of standing with the oppressed and against injustice and we sincerely hope you will take this opportunity to stand on the right side of history by refraining from crossing the Palestinian picket line.

Therefore, people would view McTernan boycotting the competition as:

a principled stand for freedom, justice, equality and a show of solidarity and empathy with the oppressed.

Chair of the IPSC, Fatin Al Tamimi, said it was disappointing that it appears McTernan has decided to perform at Eurovision. Making a “final appeal” to her, Tamimi maintained that if McTernan does perform in Israel she:

Nonetheless, Tamimi stated that McTernan could still “choose the side of freedom, justice and equality over oppression, apartheid and racism” and not perform. And she ended her statement by imploring McTernan to:

Please listen to your Palestinian sisters and brothers – Palestinians like me. Please cancel your performance at the Apartheid Eurovision.