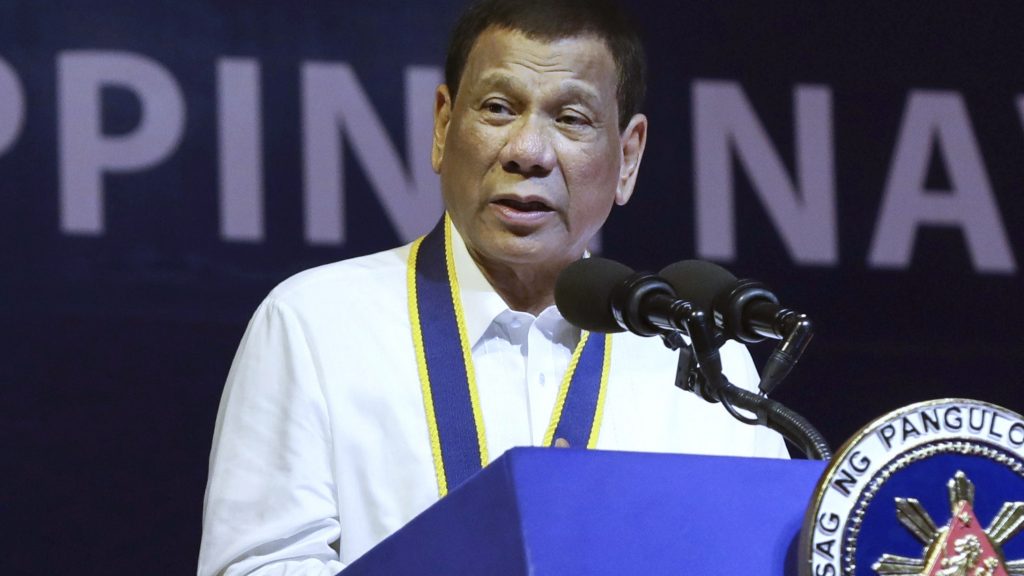 Thousands of protesters are calling for the removal of Philippine president Rodrigo Duterte. This comes as the UN has pledged to investigate the country’s drug-related violence.

Protesters want him to step aside over issues including his brutal anti-drug campaign.

Riot police and troops have been placed on full alert, and authorities have declared a no-fly zone to ensure security.

Duterte, 74, took office in June 2016 and has maintained support despite his bloody crackdown on illegal drugs, which has sparked international alarm, and other controversial policies.

More of his allies captured congressional seats in midterm elections in May, giving them a tighter grip on the legislature, especially in the 24-member Senate, which opposed some of his key legislative proposals last year.

The UN Human Rights Council adopted a resolution in Geneva two weeks ago to look into the thousands of deaths of suspects under his anti-drug crackdown.

Duterte’s officials have lashed out at the resolution as Western meddling in the country’s anti-crime efforts.

The president is reportedly considering cutting diplomatic ties with Iceland, which initiated the resolution.

Human rights groups, however, have lauded the resolution as crucial to helping end the drug killings and bringing perpetrators to justice.

Officials have reported that more than 5,000 to 6,000 mostly poor drug suspects have died in the campaign.

Rights groups have accused the police of committing extrajudicial killings.

Monday’s protests were expected to highlight outrage over the killings and Duterte’s recent pronouncement that he has forged an agreement with Chinese president Xi Jinping to allow Chinese fishermen to fish in the country’s exclusive economic zone.