The first-ever all-female spacewalk has kicked off at the International Space Station (ISS).

US astronauts Christina Koch and Jessica Meir made history as they floated out of the orbiting space laboratory 12 minutes ahead of schedule at 12.38pm BST on October 18 to replace a faulty power unit.

This is Koch’s fourth spacewalk and a first for Meir, who has become the 15th woman to venture out of the ISS and into the vacuum.

It is expected to last five-and-a-half hours.

The duo were assisted by Luca Parmitano of the European Space Agency, who is also the mission commander, and Nasa Flight Engineer Andrew Morgan.

The astronauts exited from the space station’s the Quest airlock after their spacesuits were set to battery power.

In a recent interview, Koch spoke about the significance of this spacewalk, saying:

I think it’s important because of the historical nature of what we’re doing.

In the past women haven’t always been at the table.

It’s wonderful to be contributing to the space programme at a time when all contributions are being accepted, when everyone has a role.

That can lead in turn to increased chance for success. There are a lot of people who derive motivation from inspiring stories of people who look like them, and I think it’s an important story to tell.

Koch was the first to leave the hatch followed by Meir.

They will replace a battery unit on the Port 6 truss structure – the attachment points for external payloads received by the ISS – that stopped working after new lithium-ion batteries were installed on the space station last week.

There have been 227 spacewalkers since the first spacewalk in 1965 and all of them have included a male astronaut or cosmonaut.

Koch is more than 200 days into her mission and is slated to set a record for the longest single spaceflight by a woman – with an expected total of 328 days in space.

The US space agency had originally planned an all-female spacewalk in March – which included Koch and fellow astronaut Anne McClain – but had to cancel it because of a shortage of medium-size suits. 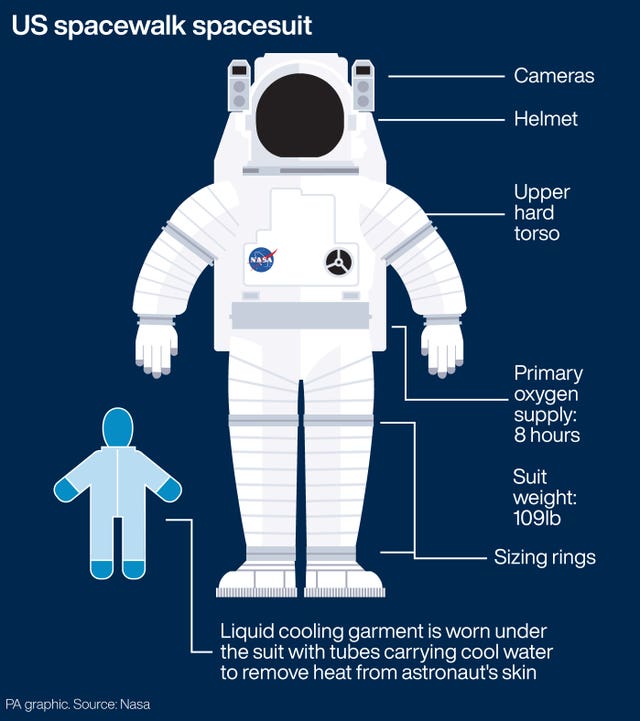 Koch, an electrical engineer, has been living in space since March while Meir, a marine biologist, joined the ISS crew in September.

Both are members of Nasa’s Astronaut Class of 2013.