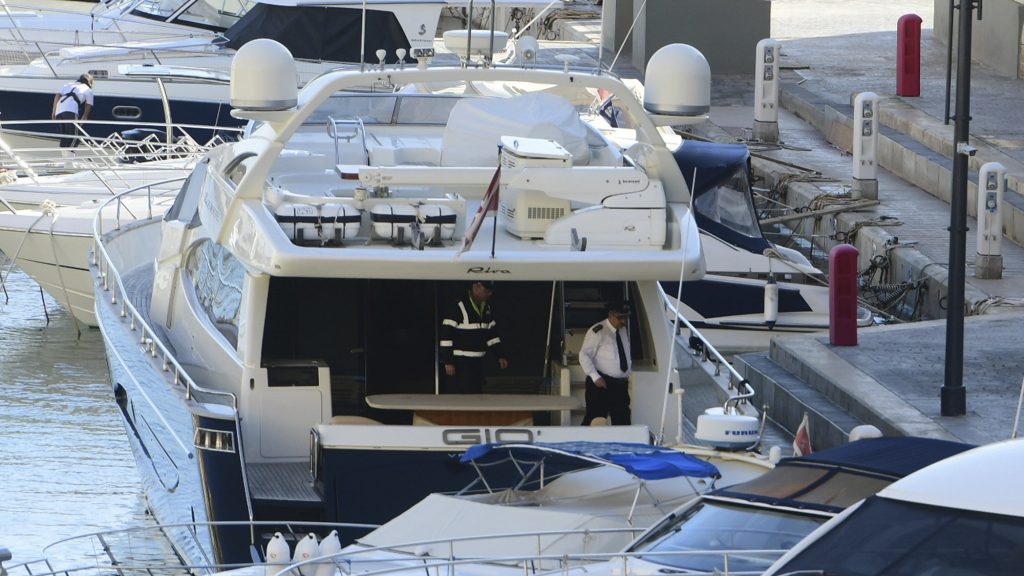 Maltese authorities have arrested a prominent businessman who appears to be a “person of interest” in the assassination of a leading investigative reporter.

Yorgen Fenech was on a yacht that was intercepted sailing northwards away from Malta by the military early on Wednesday and forced back to port.

In remarks to reporters, prime minister Joseph Muscat did not directly tie the arrest to the murder of 53-year-old Daphne Caruana Galizia in a car bombing in October 2017, but he said it appeared to result from comments he made a day earlier about the possibility of a pardon for an alleged middleman who had offered to identify the mastermind of the killing.

Muscat said he instructed police to be on the lookout for unusual actions by “people of interest” in the long-unsolved murder, after announcing on Tuesday that a pardon would be possible for the middleman if information he provided could stand up in court.

“If I had not given these instructions, maybe today we might be speaking of persons of interest who might have escaped,” the PM told reporters.

No details of charges against Fenech have been revealed, but authorities would have 48 hours to decide on them.

Fenech is a prominent hotelier and director of the Maltese power company. His name was on leaked documents as a source of income for companies named in the Panama Papers.