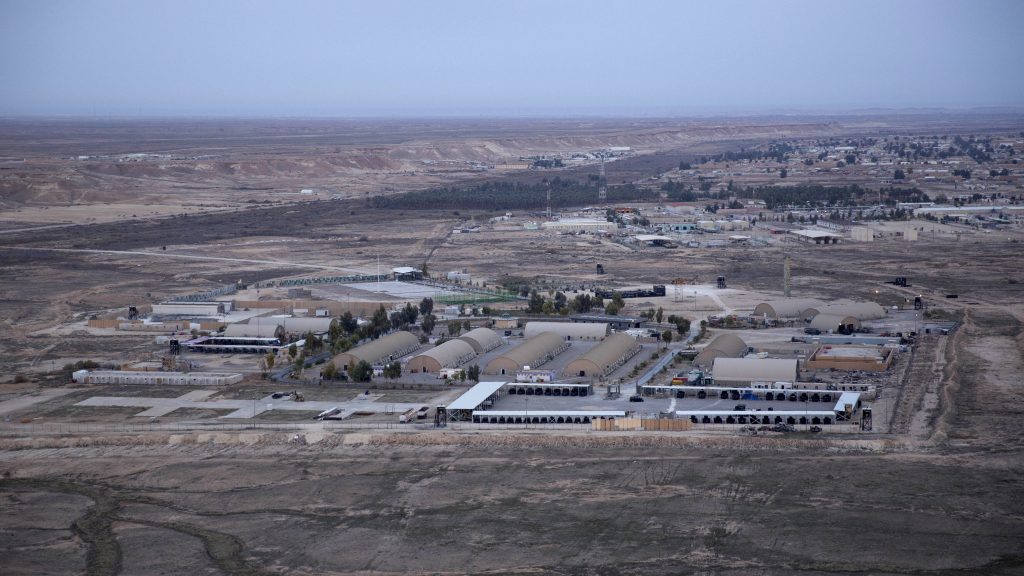 Iran has responded to the US assassination of its most powerful military commander by firing ballistic missiles at two Iraqi military bases that house US troops. US and Iraqi officials said there were no casualties among their forces, and it appeared that Iran had given advance warning of the strikes.

The Iranian strikes marked the first time in recent years that Iran has directly attacked US positions. The country’s leader, Ayatollah Ali Khamenei, made clear that the missile strikes were in revenge for the US murder of Revolutionary Guard (IRGC) General Qassem Soleimani, whose assassination had prompted calls for vengeance and drawn massive crowds of Iranians to the streets to mourn him.

Iran’s foreign minister tweeted that Tehran had “concluded proportionate measures in self-defence”, saying it did “not seek escalation” but would defend itself against further aggression. The IRGC also warned the US and its allies against retaliating over the missile attack.

Iraqi prime minister Adel Abdul-Mahdi said he had received notification from Iran just after midnight that its retaliation “was starting or would start soon” and would focus only on US positions. Finland and Lithuania’s militaries also had personnel at one of the targeted bases, and they said they’d received information about an imminent attack and had time to move to shelters or leave the base.

The US, meanwhile, has been deploying more troops in the region. US allies which surround Iran host thousands of US troops. These bases could potentially be targets for Iranian retaliation if the US steps up its aggression, with the IRGC saying “any territory that is the starting point of aggressive acts against Iran will be targeted”.

As the Grayzone has pointed out, Iran and its allies have made it clear that US civilians must not be targets for retaliation:

The US government claims Iran and its allies are "terrorists" who don't value human life.

Well listen to their own words and decide for yourself who really doesn't care about civilian lives.