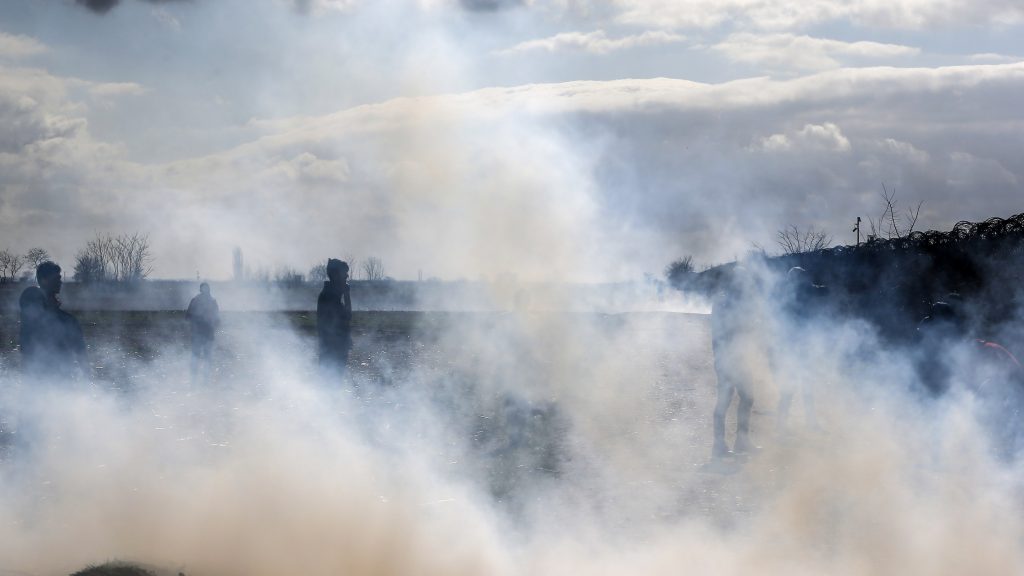 More violence has erupted at Turkey’s land border with Greece after Recep Tayyip Erdoğan’s government said it will no longer prevent refugees from crossing over to EU territory. Thousands of people remain stranded between the two countries.

Greece has deployed riot police and border guards to repel people trying to enter the country from the sea or by land.

A statement from Erdoğan’s office said he would travel to Brussels on 9 March, though the nature of his visit was not specified.

That announcement came hours after European Union foreign ministers meeting in Croatia on 6 March criticised Turkey, saying it is using the refugees’ desperation “for political purposes”.

More violence erupted on Saturday between Greek police and Europe-bound refugees gathered on the Turkey side of a border crossing near the Greek village of Kastanies.

Thousands of refugees have slept in makeshift camps near the border since the Turkish government said they were free to go, waiting for the opportunity to cut over to Greece.

Mahmood Mohammed, 34, who identified himself as a refugee from Syria’s embattled Idlib province, said: “It is very difficult, but there is hope, God willing.”

Another man who also identified himself as from Idlib said he was camped out in western Turkey both to get away from the war at home and to make a new life for his family in Europe or Canada after crossing through the border gate.

He has demanded that Europe shoulders more of the burden of caring for refugees. But the EU insists it is abiding by a 2016 deal in which it gave Turkey billions in refugee aid in return for keeping Europe-bound asylum-seekers on its soil.