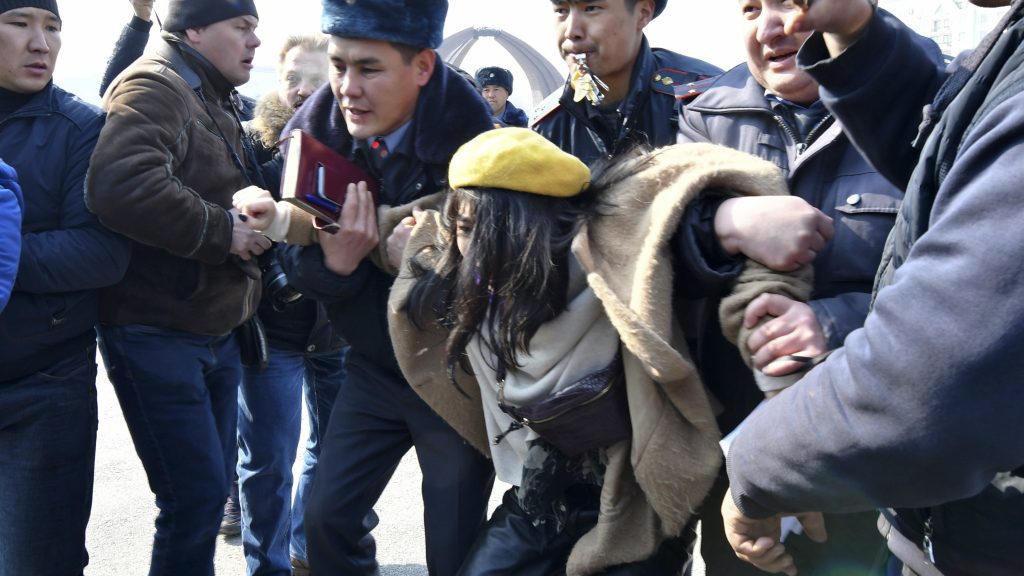 Police in the capital of Kyrgyzstan have detained about 60 people after a rally to mark International Women’s Day was broken up by a group of men.

The disorder took place in a main square in Kyrgyzstan on Sunday.

Demonstrators gathered for a rally to express support for women’s and children’s rights, but unidentified males barged into the gathering.

Women gathered in Kyrgyzstan's capital to march against domestic violence. Masked men in traditional hats attacked them. This is the emblematic image of the day pic.twitter.com/z81Ewquist

Bishkek police said people from both sides were detained, but news reports said the detainees were primarily women.

The Akipress news agency cited lawyer Bakytbek Aftandil as saying those detained were released several hours later and that about 10 of them had been charged with resisting police, which carries a fine of 3,000 soms (£33).