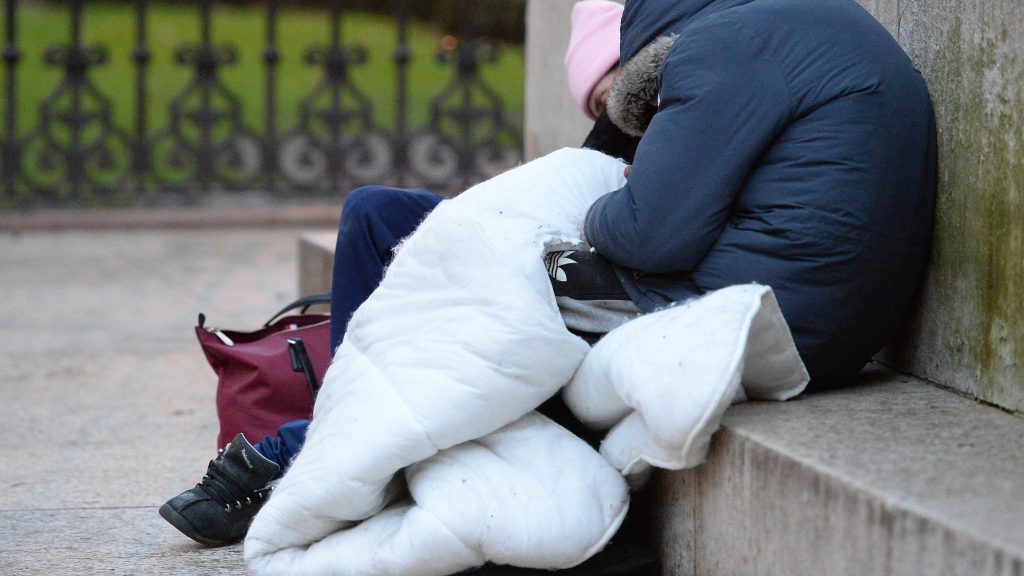 A charity has called for homelessness to be declared a national emergency following the death of a rough sleeper in Dublin.

Gardai are investigating the circumstances surrounding the unexplained death of a homeless man in Dublin on Tuesday morning.

Gardai said the man, whose age is not known, was discovered on Wood Quay in Dublin city at around 7am.

“On behalf of everyone in ICHH we want to offer our deepest sympathies to the man, his family and friends. Deaths on our streets are becoming too frequent and we cannot become immune to deaths of homeless people who need safe and secure accommodation with proper wrap-around supports.

“These deaths cannot be allowed be become normalised, every human life counts. Many people living on the streets also develop underlying health issues so we have grave concerns for adults and children that are homeless as the Covid-19 virus takes a grip of the country.

“We need to see any newly formed government to treat homelessness as the national emergency that it is and we need Housing Minister Eoghan Murphy and the DRHE to share plans to keep homeless people safe at all times.”

A Garda spokesman said: “Following attendance of gardai and the ambulance service, the male was pronounced dead at the scene.

“The body of the man was removed to Dublin City Morgue where a post-mortem is due to take place and the results of which will determine the course of the Garda investigation.”