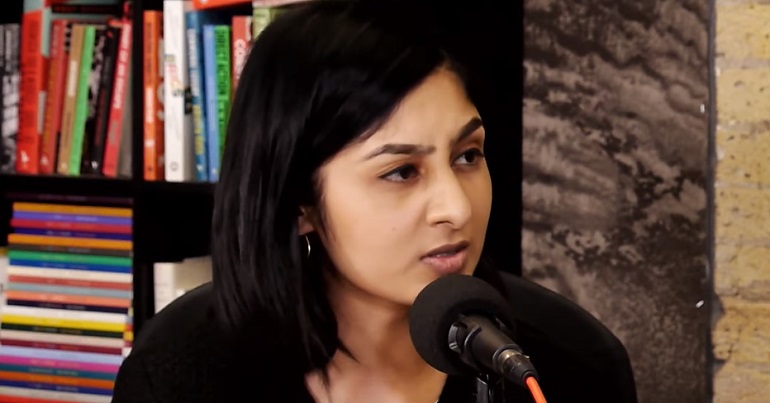 The Tories haven’t even released the Budget 2020 yet, which is being published on Wednesday 11 March. But Labour’s most exciting new MP, its shadow chancellor, and other MPs have already ripped it apart. Because, despite not knowing the content of the budget – they’ve made a pretty good guess of what it’ll be like.

Zarah Sultana is the MP for Coventry South, elected in December. She’s already making her mark as a powerful speaker. From corporate lobbying to Tony Blair via the DWP and foodbanks, Sultana’s eloquent yet devastatingly good diatribes are already impressing. As The Canary previously reported, Sultana lambasted the Tories and Boris Johnson, saying that:

Sultana, fellow MPs, and John McDonnell have released a video ahead of the 11 March budget. And it’s shredded the Tories’ potential plans to bits.

…and shredding the budget, too

The Tories don’t have answers to the crises we face.

As a society, we are facing three crises. The coronavirus outbreak, a social emergency with our public services in crisis, and the existential threat of climate change.

Then, as Sultana picks up:

The decade of decline the Tories have imposed on our country has left us vulnerable and unprepared for the challenges we face.

Indeed, the NHS was already at breaking point before coronavirus arrived in the UK. As the King’s Fund noted, before winter 2019 the NHS: was:

So, with the UK now facing crises on numerous fronts, what does Labour think the Tories will do in the budget?

Not a lot, except to make sure they and their ilk are looked after. As Sultana said, the budget will probably just:

Quite. As Left Foot Forward reported, the Tories have already made post-Brexit plans to open ten ‘free ports’ across the UK. These are where tax rates are lower and red-tape is less. But they may well also be where employment rights are metaphorically swept out to sea. This is because companies may well be exempt from paying national insurance contributions for their staff. This means people’s state pension pots could be affected.

So, McDonnell summed up Wednesday’s budget by saying:

This will be a budget for ongoing austerity, for widening inequality for disappointment being delivered by another chancellor, associated with a large scale tax avoider.

Previously, the new chancellor Rishi Sunak worked for a hedge fund with links to the Cayman Islands (an EU blacklisted tax haven).

So, Labour thinks it has the solution: continuing with it’s ‘for the many’ slogan. But with the party’s current leadership election ongoing, it’s still unclear what direction a vision ‘for the many’ will take. But Sultana, McDonnell, and others are right on one thing. This Tory budget certainly won’t be ‘for the many’. It will be for the privileged few.